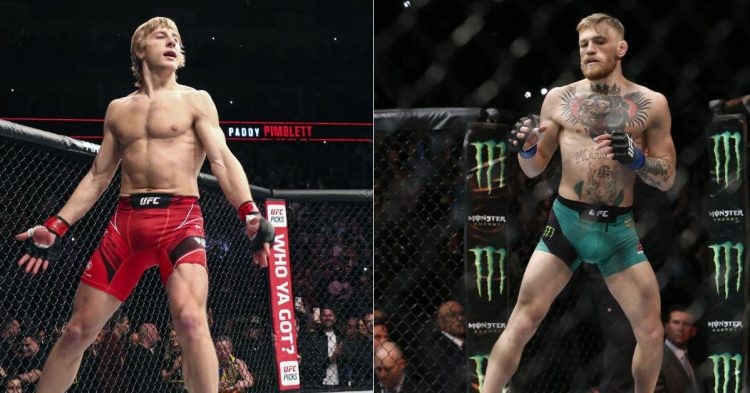 Paddy Pimblett has emerged as arguably one of the most popular and exciting fighters in the UFC in recent times. Ever since making his UFC debut, Pimblett has never failed to entertain the fight fans with all of his three-fight inside the UFC Octagon grabbing the Performance of the Night bonus.

That’s not all. Pimblett has featured on two exciting cards in London, and the reception has been truly stupendous. He remains undefeated inside the UFC Octagon and should he continue with the same kind of performances, it’s safe to say he can become one of the biggest names in the world of mixed martial arts in the near future.

UFC President Dana White also seems to agree as he compared the audience reception towards Paddy Pimblett to that of the Notorious Conor McGregor.

White opined how Pimblett reminds him of Conor McGregor and rightfully so. The support behind Pimblett in the UK is next to none.

One can compare McGregor’s rise in the UK to Paddy Pimblett considering both the fighters performed exclusively in the UK in the early stages of their UFC career. While McGregor performed in the US only once in his first three fights inside the UFC cage, Pimblett made his UFC debut in Las Vegas and has since fought only on the London card.

Even Pimblett welcomes the comparison to the Notorious Conor McGregor and has revealed in the past that he has the utmost respect for the former two-division champion. Pimblett credits McGregor’s contribution to the sport and the new heights it has reached under his wing and is of the belief that he could take it forward and become even bigger than the Notorious.