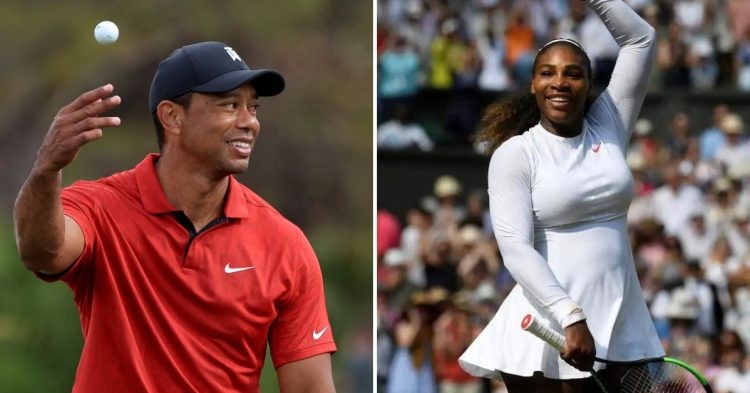 The latest issue of Vogue saw Serena Williams on the cover and it was not some regular edition from Vogue. This month’s Vogue had a first-person essay from Serena where she announced her retirement from tennis. The 23-time grand slam winner will hang up her racquet after the US Open.

What surprised a few people in the essay was that Serena took advice from her friend Tiger Woods before deciding to retire. Moreover, she said, “I was talking to Tiger Woods, who’s a friend, and I told him I needed his advice on my tennis career. I said, ‘I don’t know what to do: I think I’m over it, but maybe I’m not over it.’”

Tiger climbed the ranks in golf around the same time Serena took over the world of tennis. Coming from the same country, the two have developed a strong bond over the year. Instead of asking Serena to quit, Tiger advised her to hit the court continuously for two weeks and see how she feels about it.

Furthermore, Serena wrote in her essay, “He’s Tiger, and he was adamant that I be a beast the same way he is! He said, ‘Serena, what if you just gave it two weeks? You don’t have to commit to anything. You just go out on the court every day for two weeks and give it your all and see what happens.’ I said, ‘All right, I think I can do that.'”

The decision to retire has been very tough for Serena Williams

Serena revealed how she was constantly on crossroads in the past few months regarding her retirement from tennis. She was constantly second-guessing her decision and was unsure about whether it was the right time to exit the sport.

She said, “I was good. I was really good. I went back and forth about whether to play Wimbledon and the U.S. Open after that. As I’ve said, this whole evolution thing has not been easy for me.”

After the US Open, Serena is planning to focus on her family and her numerous businesses. She has a four-year-old daughter Olympia and wants to spend more time with her. She also has her entrepreneurial venture called Serena Ventures and will look to expand it even further.