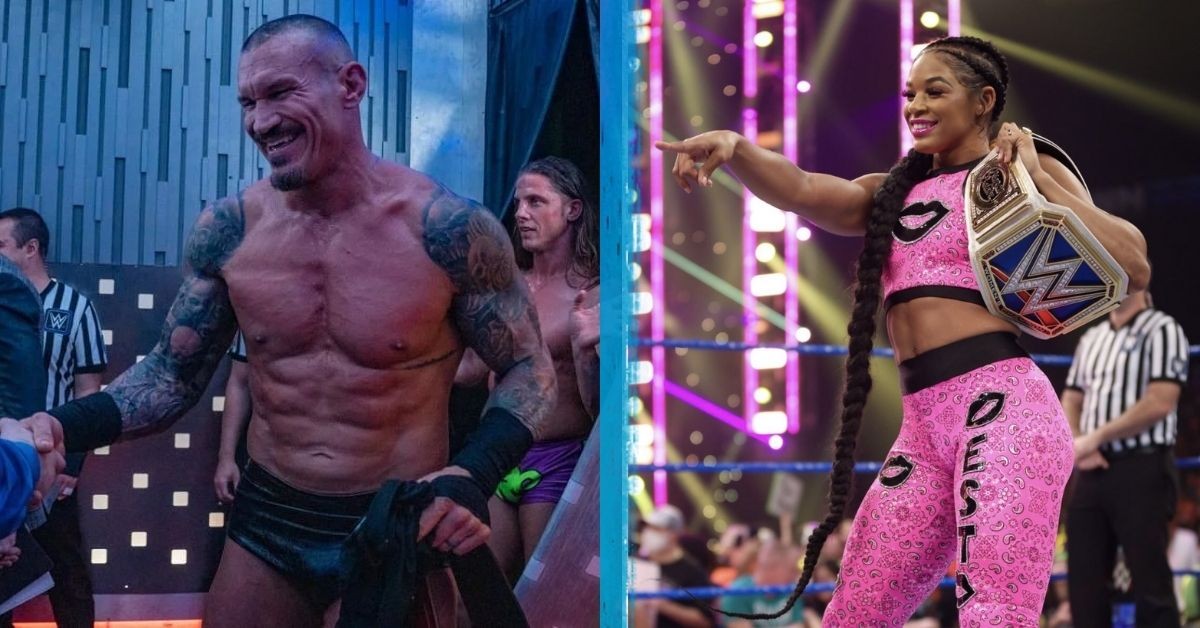 At the end of SmackDown taping, Randy Orton was caught dancing to Bianca Belair’s theme music.

As WWE will be touring Europe at the end of April, the company taped next week’s installment of the Friday Night Show in advance.

In the final half of the taped episode, The Viper and Riddle were part of a contract signing with The Usos. At WrestleMania Backlash, the two Tag Team Champions will face off in a unification contest.

In a hectic segment, RK-Bro was eliminated, and Roman Reigns’ next challenger was unveiled.

During that time, Belair had to wait until the production crew had removed the black canvas. She was dancing to pass time.

Orton was seen dancing to Belair’s entrance music as the latter entered the ring for a dark bout against Sonya Deville, according to Twitter user Christine. It is to be seen that Randy is having such a jolly time while Bianca enters.

As The EST of WWE does with her hair braid, The Viper can be seen swinging his shirt. Take a look at the video below:

But look at Randy Orton dancing along to her music! Love it! #wwe pic.twitter.com/KQZZ7oUfbX

Randy Orton made his debut on SmackDown 20 years ago

This week marks Randy Orton’s 20th anniversary as a WWE Superstar. On the April 25th episode of SmackDown in 2002, he surprised Hardcore Holly by defeating him in his first bout. The Legend Killer has since gone on to become a legend in his own right.

He has won almost every single WWE championship, including 14 world titles. He has had a lot of opponents in his career starting from Triple H to John Cena and The Undertaker among others.

All of them sent Randy Orton special messages for completing 20 years in the business.

With him and Riddle reigning as RAW Tag Team Champions, the Viper is having the time of his life.

Randy Orton’s 20-year stint in WWE continues to astonish fans with his consistency in the ring and as a character, as RK-Bro is the latest of many highlights.

Bray Wyatt Is Back With the Wyatt Family but Not in WWE!