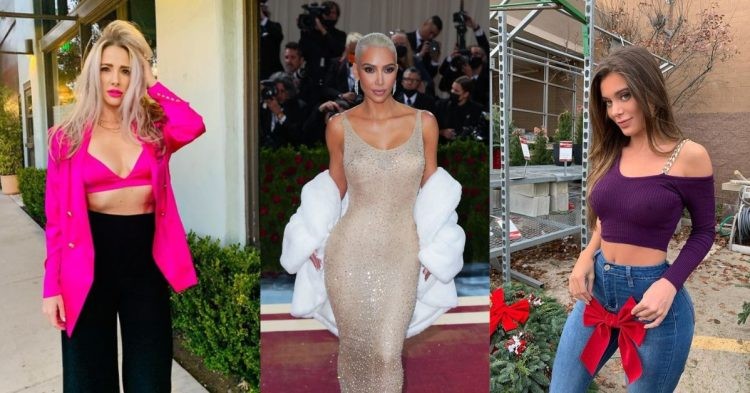 There have been various Hollywood celebrities who have been involved in some major controversies with NBA personalities. The players never fail to amaze us with all the drama off the court. Some occurred a few years ago, but are still extremely popular among fans, mainly because of how unexpected and peculiar some of these controversies are.

Three of the main celebrities who were quite involved with the NBA would be Brittany Schmitt, Kim Kardashian, and Lana Rhoades. These three women caused a major outbreak on the internet when rumors of their drama went viral.

Everyone must have heard of the rumor that Brittany Schmitt once hooked up with a player who became a Jehovah’s witness. Saying that this caused a frenzy would be a major understatement. For those who wish to know, Brittany caught the entire world off guard when she said that she once hooked up with an ex-NBA player who became a Jehovah’s witness.

Schmitt said, “I got a call from one of the guys I used to hook up with in the NBA. I thought he was calling to talk about the glory days. He called to tell me that he’s now a Jehovah’s witness, and I should repent. And I started laughing.”

Her husband, Chris Rutkowski, played a crucial role in how the entire topic went viral. She mentioned that it was Chris who suggested the Google search. “My husband was like, ‘babe, have you ever Googled how many ex-NBA players are Jehovah’s witnesses?’ ‘And I was like no, why?’ ‘He’s like, there’s two!’ So when you guys go home tonight and do that Google search, just know, he was the light-skinned one.”

What caused the major outbreak was that NBA fans were dying to figure out who it could have been. Despite the fact that it was months ago, the topic is still trending at times.

At the time, many believed that it could have been Danny Granger to have a relationship with Brittany. Schmitt also included one of her expletive jokes when she made those revelations, this prompted NBA fans to have a go at Granger as well. He was even branded as a freak for gloating about his newfound stance on religion.

Kim Kardashian‘s drama with the NBA is more recent compared to Brittany Schmitt and Lana Rhoades’. Her ex-husband, Kanye West, accused her of having an affair with Phoenix Suns star Chris Paul. This broke the internet when Ye made the tweet. However, the tweet is now unavailable for fans to see because the rapper is suspended from the platform.

Ye’s shocking accusations have sparked a major meme fest, involving the likes of LeBron James and Devin Booker. Fans believe that King James’ marriage might be jeopardized because of his friendship with CP3. At the same time, some even believe that DBook might have had a role to play in Paul hitting it off with Kim.

The “Keeping Up With The Kardashians” star has even responded to Ye’s accusations when an insider claimed that the rumors are false. There has been no official comment from the Suns star as of now. We wait to see how the ongoing controversy plays out.

Lana Rhoades reportedly had a baby with an NBA player

Adult performer Lana Rhoades was also one of the celebrities to be involved in a major controversy. When she announced her pregnancy, Lana broke the internet. The whole world was intrigued to find out who the father of the child was. She hasn’t revealed who the father of the baby is till now. However, her ex, Mike Majlak blurted out the name of the player on Impaulsive.

It looks like Logan Paul and Co. then beeped the name out of the video when Mike said it, to avoid controversies. Lana has mentioned in the past that she has gone on a date with a Brooklyn Nets player and she mentioned that the date was pretty boring.

Fans arrived at the conclusion that it could be Kevin Durant who could be Lana’s child’s father. When Mike said the name, the bleep was fairly quick, which led fans to believe that it was “KD”. There has been no official confirmation that KD had a relationship with Lana as of now. However, rumors among NBA fans also suggest that Blake Griffin could also be the father of Lana’s child.

There is no end to controversies in the current world. But it seems like things are blown out of proportion at times when it comes to certain things. All the controversies that these celebrities have been involved in are mostly speculations among NBA fans without official confirmation from the concerned parties.