“Honestly I Want Him to Stay”- Khabib Nurmagomedov Urges Cristiano Ronaldo to Stay in Manchester United, Discusses His Relationship With the Football Star 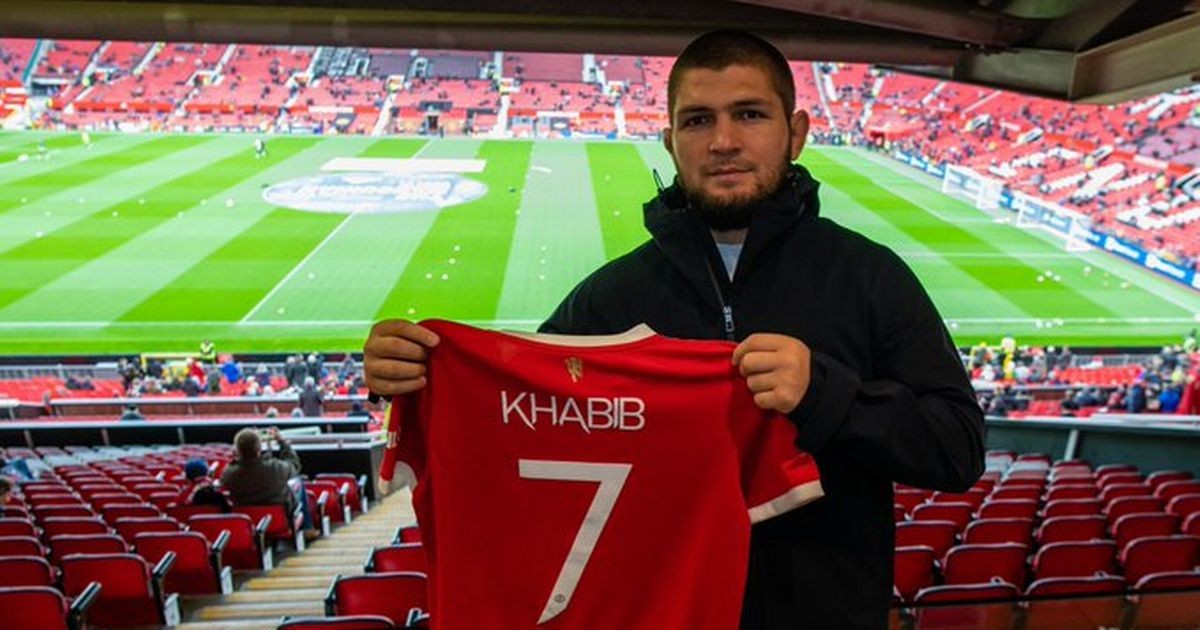 It has been close to 2 years since Khabib Nurmagomedov laid his gloves down at the center of the Octagon.  At UFC 254, he had just finished Justin Gaethje in the second round of his lightweight title defense matchup and what followed was a tearful farewell. In the immediate aftermath of his fight, a very emotional Khabib reflected on his father’s demise and announced his retirement.

But he has never truly been out of the news despite being inactive as an MMA professional. He has been busy starting his own promotion, Eagle Fighting Championship, and touring the world for personal and commercial purposes. Most of all, the extra time on his hands has allowed Khabib to engage in his passion for football. Which he has pursued by attending many of Europe’s finest football games.

Cristiano Ronaldo and other footballers’ relationship with Khabib Nurmagomedov

Cristiano Ronaldo and Khabib have long shared a public friendship, to the delight of countless fans. In the past, the UFC champion had visited the reigning Champions League winner Ronaldo during his time at Real Madrid. The two exchanged jerseys and Khabib’s traditional headgear to mark the occasion. Khabib has since also visited Old Trafford after Ronaldo’s move to his former club.


In a recent interview with Sky Sports, Khabib revealed that he had prior knowledge of Cristiano Ronaldo’s transfer movements. He went on to assure Manchester United fans that his message to the United superstar will be to stay, amidst the team’s turbulent form.

Mentioning several other stars, Khabib emphasized the role of mental fortitude in an athlete’s life and subsequently their success.

“I love to learn from people who become successful. Doesn’t matter (the sport), if you’re strong on the mental (side), you can become a champion. I talk about this a lot with Cristiano, of course with Pogba too. Karim Benzema, I talk with him a lot too, and Zlatan Ibrahimovic.”

Despite dismissing any talk of a return to fighting, Khabib continues to be closely associated with sports and a feature in a sports fan’s life.