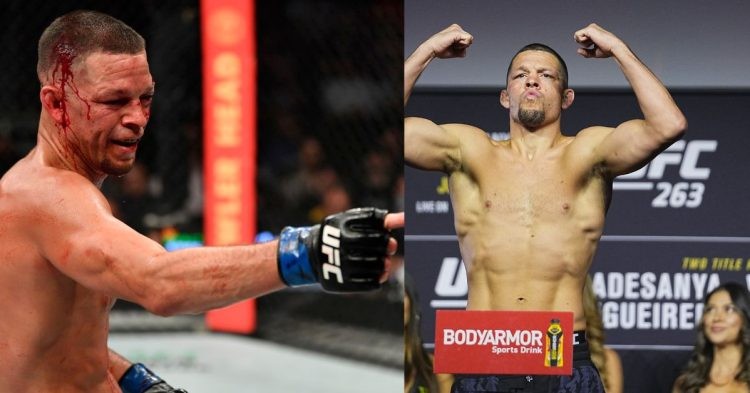 Nate Diaz is a pioneer of the sport. He has been competing since the age of 16 and is now 37 years ago. He has one fight left under his current UFC contract and is most likely going to be his farewell fight. The bout against Khamzat Chimaev is set to take place at UFC 279 in Las Vegas.

Recently, Dana White and Diaz have gotten into a little bit of a fight. The argument centred on Diaz’s request for a fight at a specified time and UFC’s refusal to fulfil it. However, when Nate’s bout versus Khamzat was scheduled for UFC 279, things appeared to calm down.

Regardless, the fight is now booked and fans are excited for it to take place. The match-up is very interesting and that is needless to say when Diaz is one-half of the main event. His comeback has been much anticipated. His last bout was against Leon Edwards, wherein he came in shape. Unlike this time.

It has been observed that Nate has taken the fight less seriously than he usually does. He himself said he purposely did not prepare as he should have. It is also evident looking at the shape he is in. He looks much fuller than he did the last time again Edwards.

Seeing upon this, the fans were ready to jump the gun and call him out looking not as fit as he usually does. Some were concerned and some were finding it hilarious.  Here are few comments that were made by the fans:-

“Damn this picture reminds me ufc 266 Nick vs rob”

One can only see how the physique affect the performance. For all we know, Diaz will make his first appearance since losing to Edwards by unanimous decision in June 2021 when he takes on Chimaev. Diaz has been one of the more well-known figures in mixed martial arts since his unexpected victory over Conor McGregor in March 2016 on short notice (MMA).

While Chimaev’s rise to popularity may have occurred more quickly than fans have ever witnessed. Chimaev, who has fought just six times, will compete in the organisation’s main event for the first time at UFC 279 (11-0 overall).