Andy Murray is one of the top players of the game. Currently, the British player is playing in the Mubadala World Tennis Championship in Abu Dhabi. He made a comeback after missing out for most of the season but he could not mark a great impact on his return.

Now, he is trying to strengthen his preparations ahead of the Australian Open. The 3-time grand slam winner has not been in his best forms recently but this could be his time to shine. He has though started his campaign in the World Tennis Championship in style.

Murray defeated Dan Evans 6-3, 6-2 to secure a spot in the semi-finals of the tournament. Andy Murray showed good skills and his body momentum also looked great when he played against Dan. He did not give his opponent enough chances to make a comeback thereby clinching a spot in the next round.

Also read: Roger Federer Honored With the Fans’ Favorite Title by the ATP for the 19th Consecutive Time 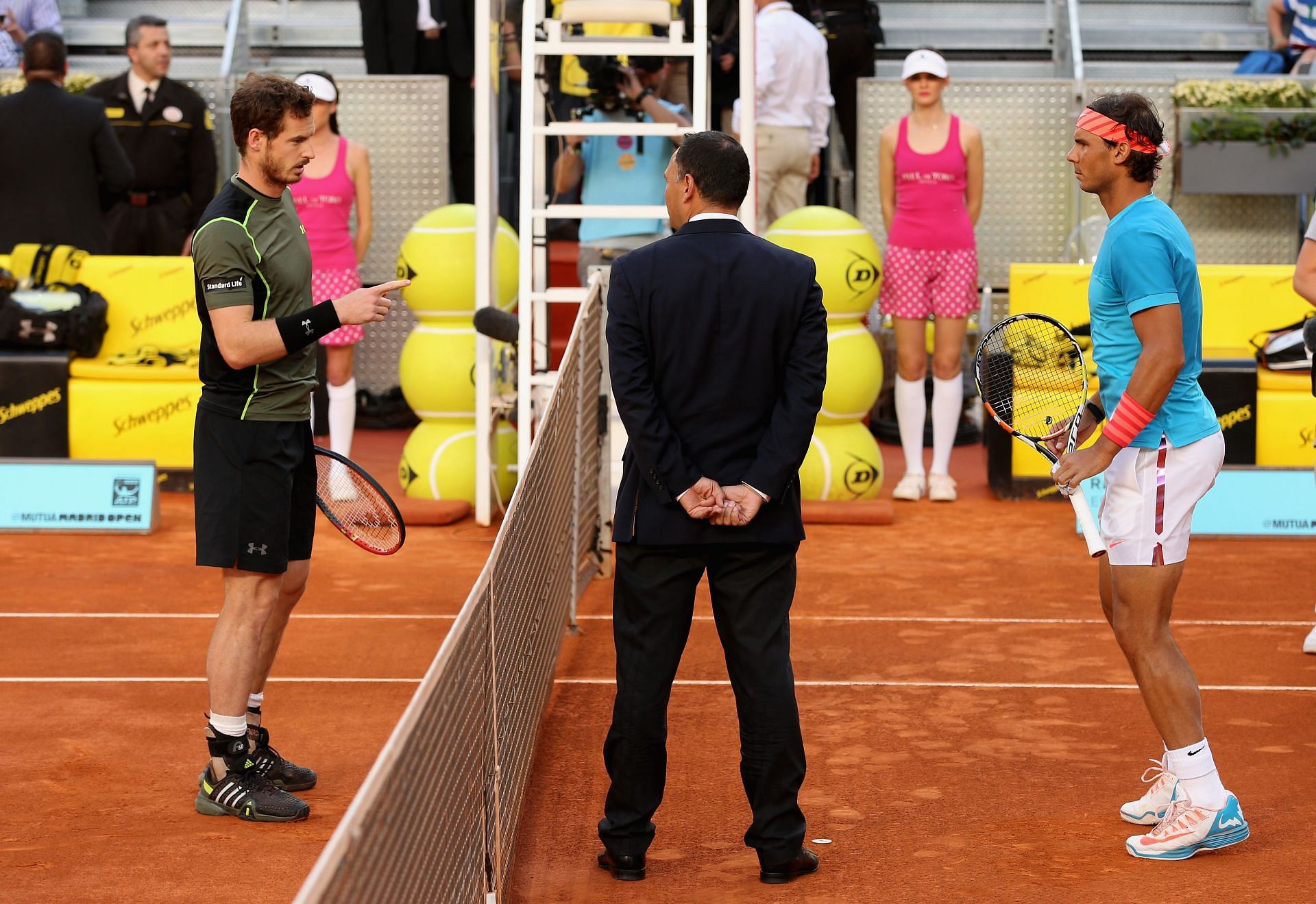 After a win in the first match, the 34-year-old player will now face Rafael Nadal in the semi-finals of the tournament.  This will be the 25th encounter between the players. The head-to-head battle is led by Rafael Nadal who stands tall with 17 wins as compared to Andy’s 7.

Also, the two giants of the game will be facing each other after 5 long years. Their last encounter was held on the 7th of May 2016 when a 2nd seeded Andy Murray overpowered 5th seed Rafael Nadal 7-5, 6-4 to seal a spot in the finals of the Madrid Open.

In a recent interview, Andy Murray was asked his opinion on facing Rafael Nadal after so long. Murray said that he wants to face the big players at such big events because this motivates him to do better. “I think the last time we played was five or six years ago, it has been a really long time. 1 shows the sort of struggles that I have been through for a few years and him more recently. It will be nice to play each other again” said Andy Murray.

“I want to be playing these guys in the biggest competitions again, that is something that motivates me. Hopefully, we can put on a good performance for a couple of old guys,” concluded Murray.