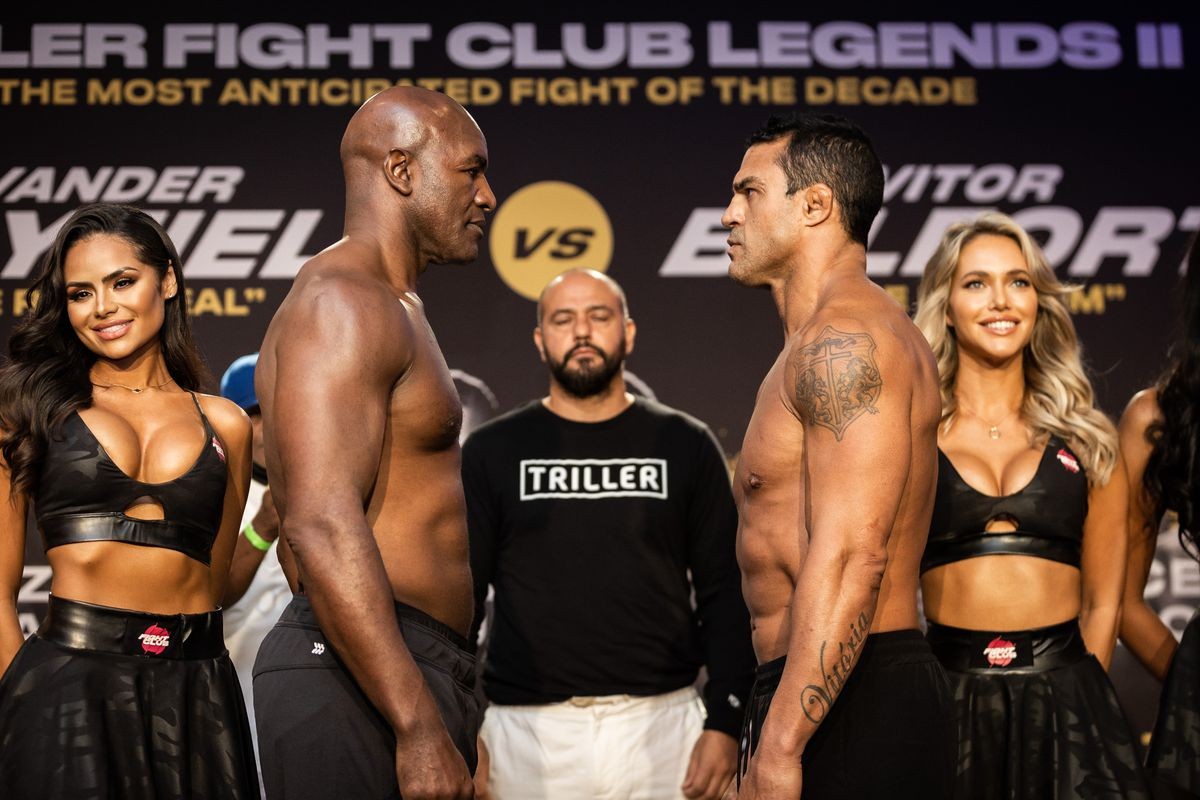 Triller bombs as the hugely anticipated Vitor Belfort vs Evander Holyfield managed to bring in only 150k PPV buys according to sources. The former undisputed heavyweight champion Evander Holyfield returned to the boxing ring for the first time in almost two decades to take on former mixed martial artist Vitor Belfort in an exhibition bout. The event took place on September 11th, 2021 at the Seminole Hard Rock Hotel & Casino Hollywood in Miami, Florida.

Vitor Belfort vs Evander Holyfield was not the only top fight on the card. In the co-main event, UFC’s former middleweight champion Anderson Silva took on fellow legend Tito Ortiz. Boxing veteran David Haye also took on Joe Fournier in an exhibition bout.

While Vitor Belfort emerged victorious via way of stoppage in the first round, Anderson Silva repeated the feat as he knocked out Tito Ortiz in the first round as well. Meanwhile, David Haye and Joe Fournier engaged in a clinical battle for eight rounds, with David Haye picking up the win.

How many PPVs did Vitor Belfort vs Evander Holyfield sell?

Vitor Belfort vs Evander Holyfield could only pull in 150k PPV buys. Needless to say, the expectation was a lot higher considering there were big names on the card. However, that wasn’t the case as the report shows that only 150k PPVs were sold during the event. It was expected that the number would at least touch the $400k mark.

Triller has been receiving a lot of criticism for holding fights involving retired fighters considering the risk involved whenever they step inside the Octagon. Vitor Belfort stopping Evander Holyfield drew severe criticism from boxing fans around the world who rained down on the promotion, Triller.

Be that as it may, Evander Holyfield took home a whopping $500,000 for his appearance inside the boxing ring. Meanwhile, Belfort took home $400,000 for the fight. Initially, Vitor Belfort was scheduled to fight Oscar De La Hoya. However, the fight was called off after Oscar De La Hoya tested positive for the dreaded coronavirus.

Anderson Silva earned an estimated payout of $600,000 for the fight, with Tito Ortiz taking home a whopping $300,000. However, Ortiz missed the weight by five pounds and will give away 30% of his purse to the Spider.

Is Yoel Romero on Steroids?