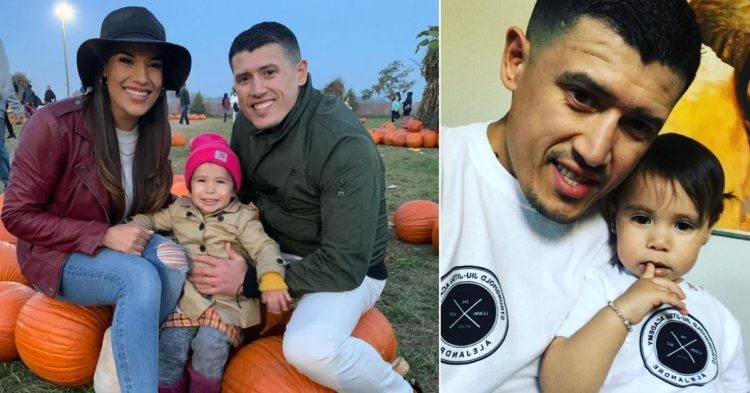 Julianna Pena has already etched her name in the history books by becoming the only fighter to submit Amanda Nunes inside the UFC Octagon. As she continues to carve her legacy in women’s mixed martial arts, let’s take a look at Pena’s life outside of the UFC and the support of her husband and family that has made her the star she is today.

Julianna Pena was born in Spokane, Washington where she spent the major part of her childhood. Pena revealed in the Jiu Jitsu Legends Podcast that she started her mixed martial arts journey in an attempt to lose weight, and fight off the bullies.

However, it wasn’t about being bullied at her school or outside. Pena had a tough time being the youngest of her siblings. “I needed to lose weight and I was getting bullied. By bullied I mean, I am the baby of four, and my brothers and sisters, they beat the crap out of me. So I was getting the tail-end of a ton of beating and I was always super-aggressive as a kid and I didn’t know where to channel that.”

“At 19 years old, my sister asked me to join a women’s cardio kickboxing class and I needed to lose some weight, so I joined the class,” Pena revealed.

Now a mother, Julianna Pena believes her daughter “is going to need to learn how to properly defend herself and that one is not up for debate”.

Julianna Pena’s daughter Isabella Alejandre started learning jiu-jitsu when she was just two years old. Pena had earlier revealed in an Instagram post that her husband Luis has started a Jiu-Jitsu academy looking at her as an inspiration and it is quite evidently reflected on the official website of Instructors | Stronghold Jiu Jitsu (strongholdbjjchicago.com).

“Isabella was the inspiration behind Stronghold Jiu-Jitsu Academy and the kids baby gorilla logo. As Isabella grows within the Academy, her Jiu-Jitsu journey will represent the transition from baby gorilla to the strong gorilla.” the website read.

Pena’s husband Luis Alejandre is a black belt in Brazilian Jiu-Jitsu. He started training at the age of 19 and has since then traveled around the globe teaching and learning jiu-jitsu.

Needless to say, the art of BJJ runs in the family and as Julianna Pena continues to develop her game and cement her legacy, by the time she hangs up her gloves, it’s safe to say she will go down as one of the greatest women mixed martial artist in the history of combat sports.