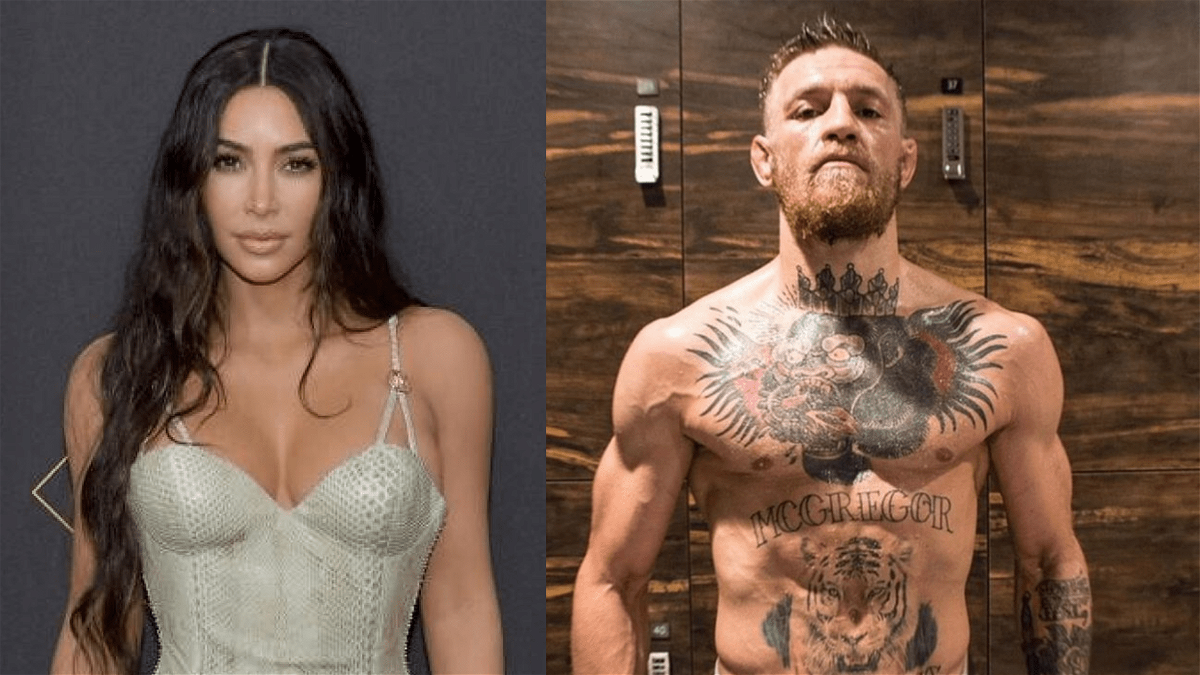 Kim Kardashian will be inside the T-Mobile arena for the upcoming trilogy fight between Conor McGregor and Dustin Poirier at UFC 264. Needless to say, a lot of other celebrities are expected to make their appearance for the epic bout, including the likes of Dave Chapelle, Machine Gun Kelly, and reportedly former president Donald Trump. However, Kim Kardashian’s presence has certainly grabbed the attention of fight fans.

Welcome to the family ⚔️ https://t.co/GZ0orgOJiW

Journalist Craig Williams made this breakthrough and after some research, he was able to connect the dots which pointed at Kim Kardashian and Conor McGregor as being related to each other.

Conor McGregor hails from the Irish roots of the MacGregors and has often talked about his rich history and his heritage. On the other side, Kim Kardashian has talked about her lineage, and the Kardashian family has acknowledged the same after Kim’s sister Kourtney Kardashian named her daughter Penelope Scotland Disick in 2012 in a sharp reminder to her Scottish heritage.

Also Read: How Did the Notorious Meet Dee Devlin?

It was partly due to this that journalist Craig Williams decided to dive deep into the Kardashian’s ancestral history only to find out her Scottish roots.

Just like Conor McGregor in the world of mixed martial arts, Kim Kardashian is one of the most popular figures in the world of Hollywood. Needless to say, the MacGregor clan continues to live and prosper.

Also Read: How Big is the McGregor Clan? Here’s Everything You Need to Know About Conor McGregor’s Family