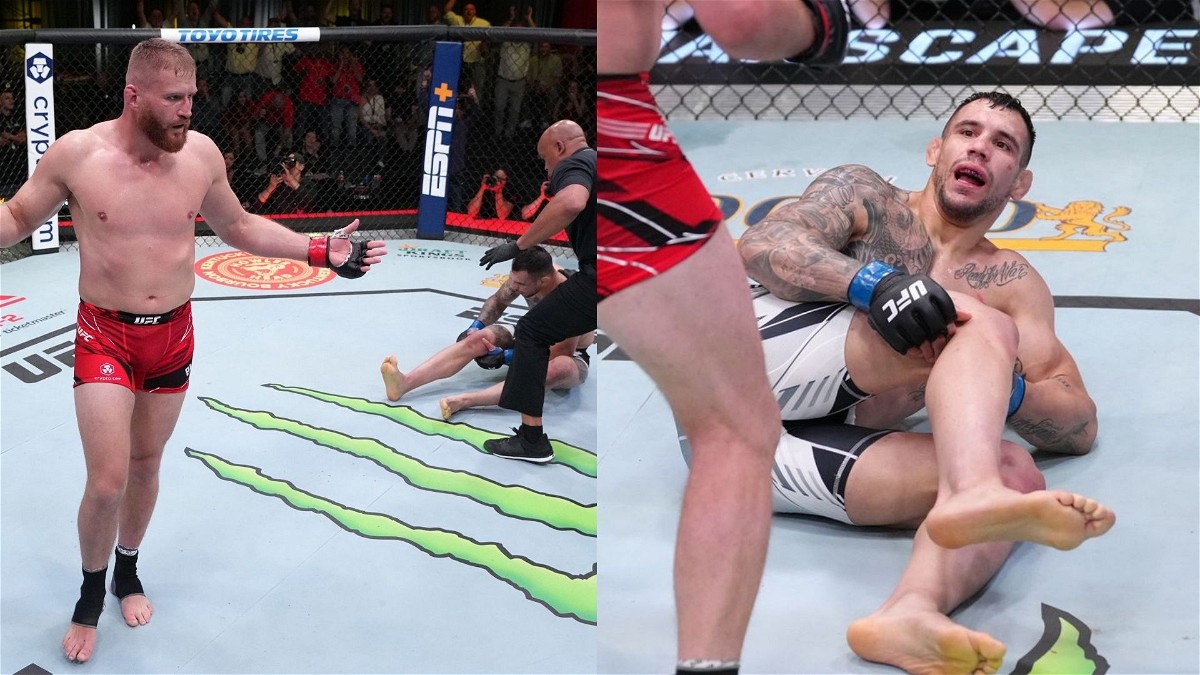 UFC Vegas 54 witnessed a bizarre ending in the main event as Aleksander Rakic suffered a knee injury and was not able to compete afterward.

The fight was very competitive. Jan Blachowicz looked impressive in the first round with his combinations and leg kicks. Blachowicz’s leg kicks were a huge factor in the fight.

However, Rakic took the fight to the ground in the second round. Blachowicz struggled against Glover’s wrestling in his last fight and Rakic capitalized on that winning the second round comfortably.

Going into the third round, both Rakic and Blachowicz had won one round and fans were expecting a 5 round back and forth between them. However, Rakic dislocated his right knee and Blachowicz won the fight by a doctor stoppage.

Rakic's knee gives out resulting in a victory for Blachowicz #UFCVegas54 pic.twitter.com/7pt2dQa9Jn

What Happened to Aleksander Rakic’s leg?

Jan Blachowicz was damaging Rakic’s left leg with his calf kicks. The damage on Rakic’s leg was clearly visible going into the third round. However, it seems the injury Rakic suffered in the fight has nothing to do with Blachowicz’s leg kicks.

Aleksander Rakic likely suffered an injury during the training camp for this fight. And when he was trying to step back out of the range his knee gave up. Former UFC heavyweight champion, Daniel Cormier tweeted that Rakic must have suffered an ACL injury.

Even Michael Bisping and Dominic Cruz seemed to agree that Rakic might have suffered some injury during the training camp. So far, we do not have a medical update on Aleksander Rakic. However, it’s unfortunate that the fight ended in such a bizarre fashion.

Rakic is one of the strongest contenders in the light heavyweight division. And a win over Blachowicz would have earned him a title shot against the winner of Glover Teixeira and Jiri Prochazka.

But, now he might be away from the action for a long period and the pressure will be on him to make a successful comeback after the recovery.