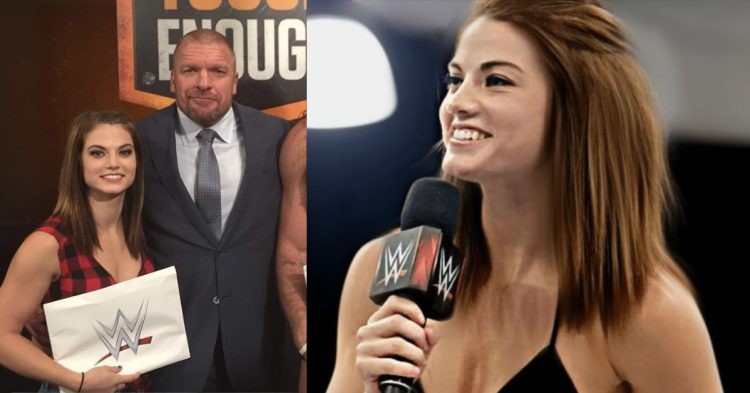 Sara Lee, a former WWE Superstar, passing suddenly tonight at the age of 30

The devastating news of Sara Lee, a former WWE Superstar, passing suddenly tonight at the age of 30 has shocked the whole WWE universe. WWE Tough Enough 2015 season contestant Sara Lee took first place. She received a promotion and a one-year contract as a result. She participated in the NXT competitions on a few occasions, but her in-ring abilities fell short of the expectations of senior officials, and in 2017 she was dismissed from her contract.

WWE is saddened to learn of the passing of Sara Lee. As a former "Tough Enough" winner, Lee served as an inspiration to many in the sports-entertainment world. WWE offers its heartfelt condolences to her family, friends and fans. pic.twitter.com/jtjjnG52n7

Wesley Blake, a former WWE superstar, was married to Sara Lee Weston (Cory Weston). Three young children were born in the couple’s marriage in 2017, which took place. The mother of Sara posted this really upsetting statement on Facebook to inform her friends and family of her loss. “It is with heavy hearts we wanted to share that our Sara Weston has gone to be with Jesus. We are all in shock and arrangements are not complete. We ask that you respectfully let our family mourn. We all need prayers, especially Cory and her children.”

At this time, the cause of death remains unknown. Sara said in a recent Instagram post that she had been suffering from a sinus infection and that she was “celebrating being healthy enough to go the gym 2 days in a row”

For the sixth season of the WWE program Tough Enough, which took place in June 2015, Lee was one of the 13 finalists. After being in danger of being eliminated five times throughout the competition, Lee and Josh Bredl were selected as the victors on August 25 by fan voting. Each of them received a $250,000 one-year WWE contract. In the championship fight, Lee took on the ring name Hope and fell to Alicia Fox in a singles battle. In September, Lee was sent to the WWE Performance Center in Orlando, Florida, to start training in the company’s developmental territory NXT. Returning to her real identity, Lee made her debut for NXT on January 16, 2016, at a live event, where she gave a heel promo. At the live event on January 30, she made her debut in the ring during a six-Diva tag team match that also featured fellow Tough Enough participant Mandy Rose. Lee’s WWE contract was cut on September 30, 2016.

Sara Lee married former WWE wrestler Wesley Blake in 2017, and the two are parents to three kids. Bull James set up a GoFundMe account to help the family during this trying time. Fans and members of the wrestling world as a whole are working together to support Sara’s family. The campaign has so far gained traction as a result of various WWE Superstars sharing it on social media. In fact, the campaign exceeded its $20,000 goal by raising more than $30,000.

Many current and former WWE superstars sent Sara and her family their condolences on Twitter.

This is heartbreakingly tragic. Sending love to her family. Very sweet human who I got the pleasure to know and work with. 💔 RIP Sara Lee pic.twitter.com/bGZ9FZNnXj

This is so tragic. Praying for her family and loved ones. 🙏🏻https://t.co/s6fZBTfH3E

Absolutely heart breaking, life is too short. Sara was awesome 💔 sending love and prayers to her family and loved ones. https://t.co/h65703b2v8

We at Sportsmanor all join in offering her family our sincere condolences for her tragic demise.