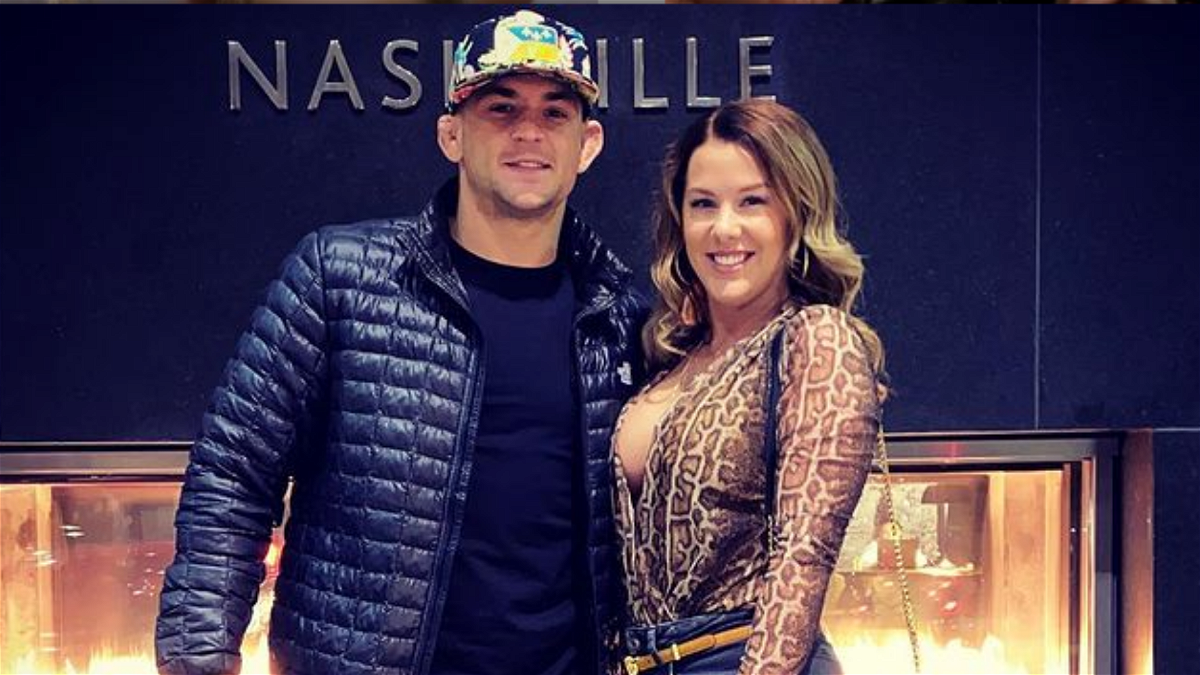 Dustin Poirier is acknowledged as one of the best lightweight fighters in the current roster of UFC. Moreover, he has developed an arsenal of skills that include grappling and boxing in the course of his career. As a result, he has evolved into an experienced veteran.

However, The Diamond has faced many ups and downs throughout his career. But there was one person who helped him get through the lows during his career. That person is none other than Dustin Poirier’s wife, Jolie Poirier.

The Louisiana-born fighter has recently revealed in an episode of UFC 264 Embedded that he would not have achieved anything in his life if he would have not met his wife at a young age.

The former interim champion has also indicated in an interview that she is the only reason why he continued fighting Mixed Martial Arts. As a result, the couple has a typical movie-type tale. Their story started when Jolie met Dustin Poirier as a teenager at Acadian Middle School in Lafayette, Louisiana. They met each other when they were just 14 years old.

Since then the two developed a liking for each other and started dating. During their teenage years, Dustin struggled a lot and faced several problems but she stood by him even after he dropped out of school at the age of 15. Furthermore, she motivated  Poirier to pursue combat sports which have helped him earn all the accolades throughout his lifetime.

He spoke about this topic in a podcast with Brendan Schaub. While having a conversation he mentioned What’s beautiful tho, my wife’s been there since the first fight when I was 18. Those times you asked if I ever thought about stopping, she is the one who said ‘‘You Can’t”. In the end, they almost dated for a decade before tying the knot in 2009. 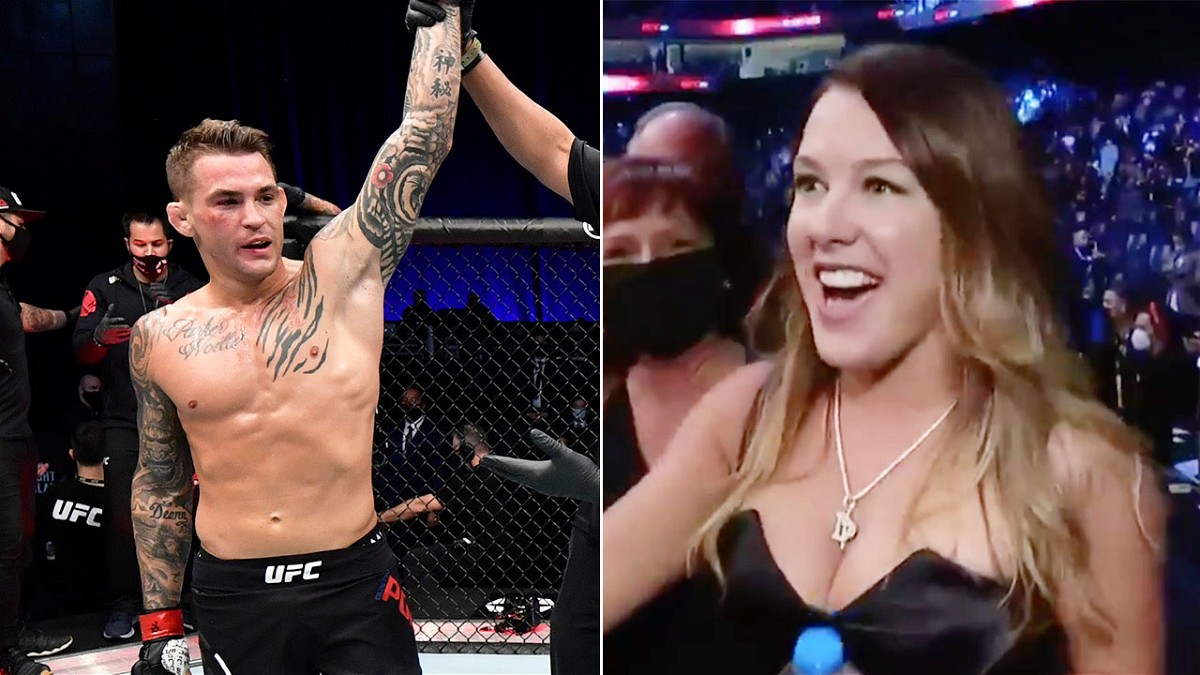 As mentioned above Jolie Poirier has stood like a pillar and supported Dustin Poirier throughout his career. The Diamond described how Jolie Poirier became a fight fan ahead of his rematch against Conor McGregor at UFC 257.

Poirier had mentioned in a video that “I know a lot of people don’t like to bring their wives around them during fight week and stuff but that’s not the case here. It was just me and her 14 years ago driving to fights in her car and staying in the same hotel room. It’s our livelihood, so she’s so much intertwined with it all now that’s why she is a fan of the sport.

As a result, it was no surprise that she was present to watch her husband fight against Conor McGregor. After Dustin Poirier knocked out McGregor in the second round to win the fight, she was ecstatic and claimed “I told you that’s the last time you’re gonna doubt my husband. I swear to God.”

Also Read: The Mystery Behind the Dating Life of Stephen Wonderboy Thompson

Apart from the rematch, she has been constantly seen around the sidelines during many Dustin Poirier fights. In the end, it is quite nice to how Jolie Poirier supported her husband through the tough times and is now enjoying all his accomplishments. Therefore hopefully their storybook-type relation lasts till they die.