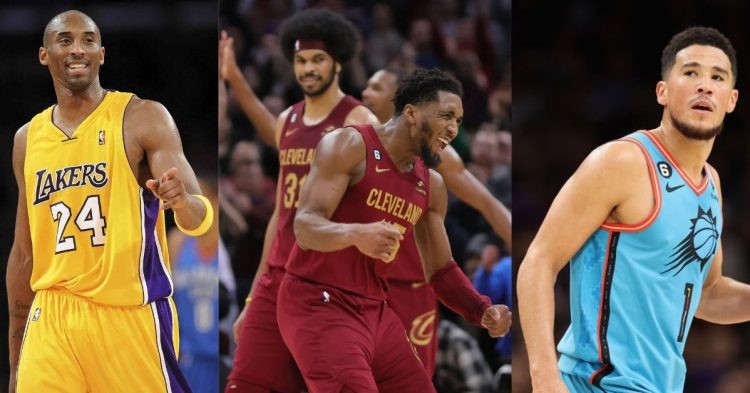 The NBA is a place where fans can watch athletes perform at the highest level. Every once in a while, talented players go on unexpected scoring rampages. Fans know that scoring 30 points in the modern NBA is a clear sign of elite play. We should wonder how many players in NBA history have been able to easily double that benchmark and go for 70 points or more.

This is certainly a good time to take a look at the list of players who managed to record this insane scoring statline. After all, Donovan Mitchell managed to enter this list recently with his incredible play for the Cleveland Cavaliers in their game against the Chicago Bulls.

It would amaze NBA fans to find out that very few players have managed to score 70+ points in NBA history. In fact, neither LeBron James nor Michael Jordan managed to do so despite being considered GOATS in basketball. Jordan came close with a career-high of 69 and the King once scored 61 points.


That speaks to the level of difficulty required to score 70 points in the NBA. With that being said, here is a list of the players who managed to surpass Michael Jordan’s career-high and score 70+ points.

According to the statistics, Wilt Chamberlain is the only player in league history to have multiple 70-point games. He has 6 in total, including the infamous 100-point game. The next highest scorer in NBA history is Kobe Bryant. Some fans might remember the performance he showcased against the Toronto Raptors back in 2006. This is the second-highest performance we have ever seen.


Coming to modern times, Devin Booker managed to score 70 points against the Boston Celtics back in 2017. By doing so at only 20 years old, he made history as the youngest player to accomplish this scoring feat. Now, Donovan Mitchell managed to score 71 points to carry his team past the Chicago Bulls. Additionally, Mitchell is the only player on this list to also include 10 assists to this incredible statline.


All of this speaks to the growth of the NBA and the amazing potential and future it has. We hope to see this list grow in the upcoming years.