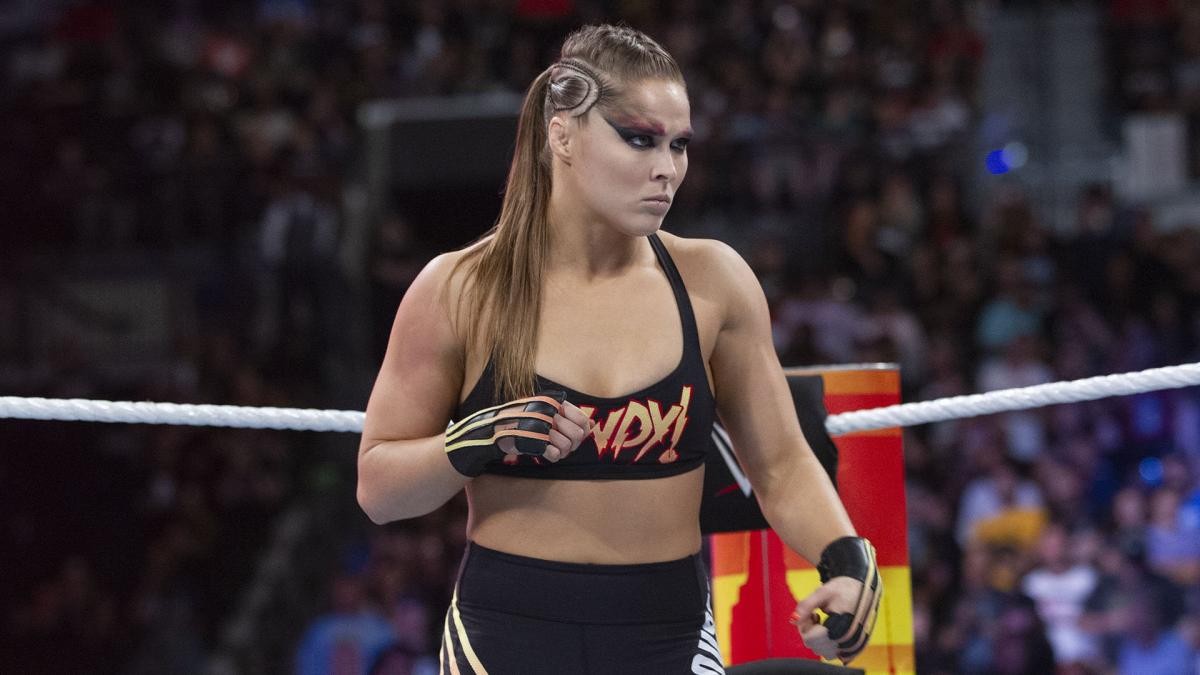 Ronda Rousey is a very popular figure in the wrestling world. She made her first appearance for WWE in 2018 at the Royal Rumble. Her in-ring debut came at WrestleMania 34 fighting alongside Kurt Angle. In her debut match, she was put against Triple H and Stephanie McMahon. In her WWE career so far she has fought 32 matches and won 30 times.

Ronda Rousey’s first loss in WWE came in a tag tea match at RAW. Rousey was teamed with Natalya to face the tag team of Sasha Banks & Bayley. It was also the main event of Raw. In the end, the duo of Sasha Banks and Bayley beat Ronda Rousey and Natalya by a submission hold tap out by Natalya.

When did Rousey lose her first singles match?

Rousey was steamrolling every opponent that she was facing at the start of her WWE career. The fans loved her attitude and in-ring presence. She had her antihero persona which she used perfectly to bring down the fan-favorite female superstars in WWE. But her winning streak came to an end when she met Becky Lynch.

Ronda Rousey made her comeback earlier this year at the 2022 Royal Rumble. She won the 30 women Royal Rumble match after entering the match at number 28. After her win, she chose Charlotte Flair the current SmackDown Women’s Champion at that time. Their match was going to take place at WrestleMania 38.

But her decision of choosing Flair came back to haunt her. She was defeated by Charlotte Flair at WrestleMania 38. But in all fairness to her, the match ended in a very controversial manner. Because in the being Rousey was dominating Flair. Charlotte Flair was also tapping out to Rousey’s arm-bar submission, but the referee was taken out just moments before when Flair accidentally ran into him.

Ronda Rousey is still one of the fan favorites in WWE, when it comes to in-ring action at least. Besides that only losing two matches in her single’s career, so far shows how good she is. She will also get a chance to get her revenge on Charlotte Flair in a rematch at WrestleMania Backlash. This is not going to be a normal title match, but an “I Quit” match, in which the match only ends if your opponent screams “I Quit” in a microphone.

Who ya got at #WrestleManiaBacklash?https://t.co/DiyJS08zG1

Only time will tell how the fans receive this match and the result will determine how good and interesting, Rousey’s run will be, from thereon.