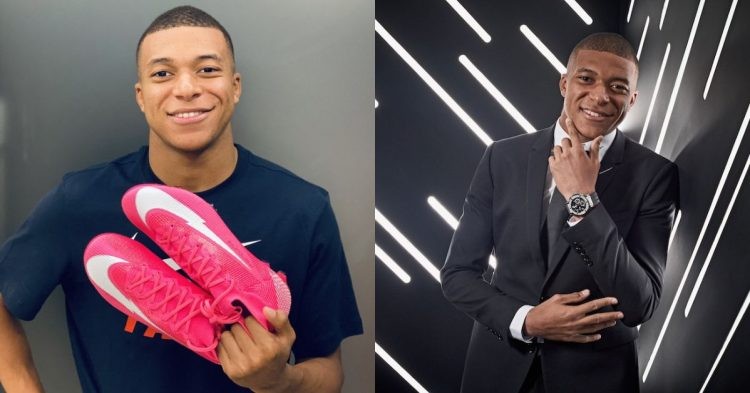 Kylian Mbappe has grown to be one of the youngest and greatest athletes in this sport. Mbappe is an outstanding player known for his agility, pace, and creativity.

He currently plays for the French giants Paris-Saint-Germain and for the France national team. With the reputation of being the best player in the world after Cristiano Ronaldo and Lionel Messi, he is one of the most important players for the French side. But, let’s look at the achievements and net worth currently he possesses.

The PSG forward has been in scintillating form since joining the side. He has scored 181 goals in 226 matches for the Parisians.

His trophy haul at PSG includes Five French titles, Two French League Cups, Three French SuperCups, and a World cup title in 2018. Mbappe’s current three-year contract extension with the Parisians will make him one of the highest-paid athletes in the world.

Not at his peak career, but still the amount of fortune and goodwill he has made is ridiculous. The new contract handed him a massive wage hike as currently he is earning almost a million every week.

Also, he will earn more than the likes of Cristiano Ronaldo and Lionel Messi which is a mammoth achievement for the Frenchman.

How much does Mbappe earn from endorsement deals?

The PSG talisman Kylian’s net worth stands to be around $140 million. Highest among the young players and one of the richest in the world. The 23-year-old is set to receive a massive signing bonus of 100 million euros and will earn around 50 million euros in salary with the Parisians.

As per Forbes, Mbappe earned almost $11 million in endorsements last season. Meanwhile, he has a huge collection of luxury cars including Ferrari, Audi, Mercedes Benz, BMW, and Range Rover.

The Frenchman has a remunerative list of endorsement deals that portrays him as one of the most prolific marketable footballers in the world.

I am delighted to announce that I am now officially part of Maison Dior. Can’t wait to share our collaborations in men’s fashion and Sauvage fragrance#Dior #DiorSauvage #DiorFragrance @Dior pic.twitter.com/hQtGyqGtKl

His current deal with Nike stands at 14 million pounds. The Frenchman will earn at least 140 million pounds in his 10 years contract with the sporting giants. He is also contracted with EA sports & Electronic Arts, and also, he is the brand ambassador of Hublot. He has also been the face of the FIFA video game in recent years.