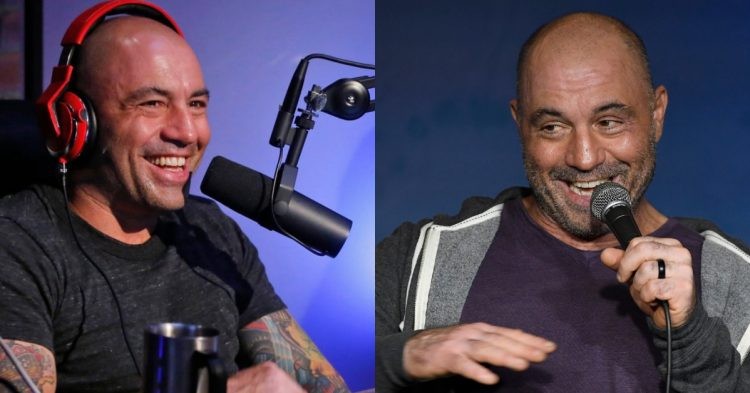 Over the years, UFC has come a long way. From being regarded as an underground phenomenon to becoming a mainstream attraction, the company has done a lot to legalize MMA worldwide. One person who has been there from almost the very beginning is Joe Rogan.

Rogan initially came on board in 1997 when he started as a backstage interviewer. But it was ultimately Dana White who convinced Joe to join the promotion as a commentator in 2002. He has not looked back ever since. Although he has been with the company for over 20 years now, it does not like he is retiring from the company as long as Dana White is involved with the UFC.

At present, Joe Rogan is one of the most prominent figures in the pop culture zeitgeist. Although he is the commentator for all the major PPVs, Rogan is mostly known for his world-famous podcast ‘The Joe Rogan Experience.’ Not just that, Joe is also a great stand-up comedian.

Hence almost all of Joe’s income comes from his venture outside the UFC. So how much does he earn from the lucrative JRE podcast? Let’s find out!

How much did Joe Rogan earn from his Spotify deal?

Joe Rogan started his podcast ‘The Joe Rogan Experience,’ on December 24th of 2009 with his fellow comedian friend Brian Redban. However, the podcast did not have the same production value that it currently does. Joe just had a mic and a webcam to begin with. But, as the program started to grow, he had more and more lucrative guests.

Celebrities like Elon Musk, Mark Zuckerberg and Robert Downey Jr have made one or multiple appearances on his podcast. He also does fight companions for the big combat sports events from time to time. It rapidly became the most talked-about podcast in the world. In 2020, the media company Spotify made an offer to move the podcast to its platform.

Initially, it was reported that the offer was worth a whopping $100 million. However, it was not put behind a paywall which meant that the listeners could get access to the content just by signing up for Spotify for free. But recently, The New York Times clarified that the deal with Joe Rogan was in excess of $200 million, instead of $100 million.

As per Screen Rant, Rogan averages 11 million listeners per episode. The current deal is valid for only three and a half years. According to Wealthy Gorilla, Rogan’s current net worth is around $120 million and he earns $100,000 per episode for his podcast. His podcast also has 53 sponsors listed by JRE LIBRARY. Hence there is a possibility that his earnings go much beyond 100 grand per episode.