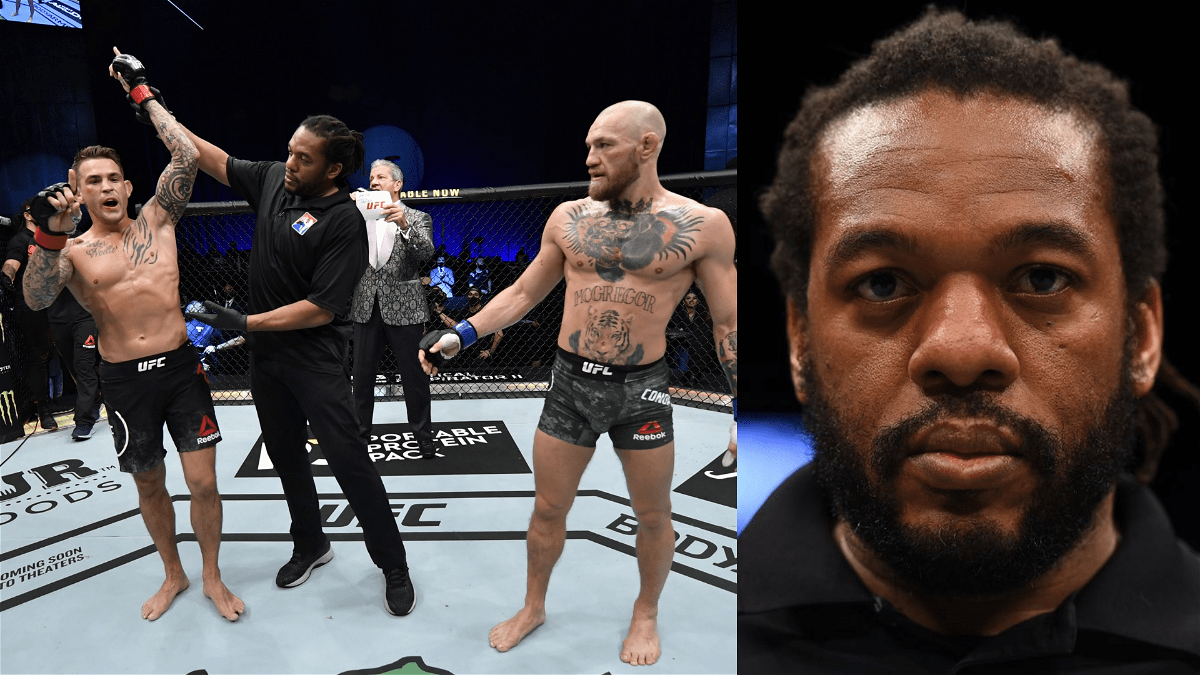 UFC 264 is quoted to be the biggest PPV event of 2021. Needless to say, the presence of Conor McGregor and the fact that it goes down in Las Vegas make it one of the most highly anticipated UFC events of this year. It won’t be wrong to say that it’s a “red panty night” whenever McGregor is fighting, and that will be the case with Dustin Poirier taking home possibly the biggest fight purse of his UFC career.

However, it’s not just the fighters who get paid handsomely whenever McGregor is fighting, every official concerned with the fight takes home a whopping amount whenever there is McGregor on the card and the same will be the case with the referee in charge for Dustin Poirier vs Conor McGregor 3, Herb Dean.

From the NSAC meeting this morning:

Referee Herb Dean has earned the reputation for being one of the best referees of the game. Referee Hern Dean was on duty during the second encounter between two elite lightweights and will be inside the Octagon once again for the trilogy bout. According to the NSAC, referee Herb Dean will take home $1900 as his pay to officiate arguably the biggest fight of this year.

Meanwhile, the judges for the hugely anticipated trilogy bout will be Sal D’Amato, Derek Cleary, and Junichiro Kamijo, who will be paid $1600 each for the UFC 264 headliner.

Dustin Poirier is currently the #1 ranked UFC lightweight contender and is sure to get a title opportunity with a win over the Notorious Conor McGregor. Meanwhile, McGregor sits at the #5 spot, just ahead of former interim champion Tony Ferguson.

McGregor has a lot to prove going into the trilogy bout, having not won a single bout in the UFC’s lightweight division since his victory over Eddie Alvarez for the UFC lightweight champion back at UFC 205.

McGregor has since then gone on to drop a submission loss to Khabib Nurmagomedov, and a knockout loss to Dustin Poirier, which came recently at UFC 257 in January this year. The only win on McGregor’s name since the Eddie Alvarez fight is a 40-second stoppage win over UFC veteran Donald Cerrone back at UFC 246.