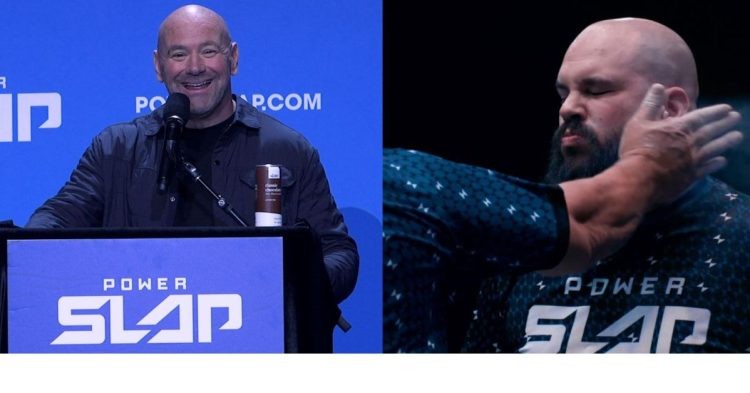 The premise for the league is quite simple. Two opponents will face each other in bouts that will go for a minimum of 3 rounds. In each round, both competitors will be given the chance to deliver one strike to their opponent’s face with the obligation for them do to the same. Bouts can end by TKO/KOs with a 10-point-must scoring system deciding matches without finishes.

Dana White’s Power Slap is set to air for the first time presumably out of the UFC’s Apex Arena. The first episode is slated to be broadcast on January 18, 2023, on TBS at 10 PM ET/PT. Viewers can also catch Power Slap: Road to the Title on TBS.com, the TBS Mobile App, TBS on Hulu, YouTube TV, Sling TV, and the TV Everywhere apps.

Following Dana White’s controversial New Year’s incident, Power Slap: Road To The Title had to be postponed by a week. Originally scheduled to air on January 11, the broadcast of the pilot episode was pushed to January 18.

Who is Power Slap’s President?

To the surprise of many people, Dana White revealed during the initial unveiling of Power Slap that he would not be heading up the league. White introduced the world to Frank Lamicella, the President of Power Slap. He told the media, “I’m not gonna run the day-to-day operations… Gotta thank him for the hard work that he’s put into this thing. Frank will run the day-to-day operations.”

Lamicella then addressed the media, clarifying what a foul or an illegal windup would be within the league. It seems Dana White, with so much on his plate already, has entrusted his vision for the company to Frank. However, it remains to be seen whether he can do as good a job with this new venture as Dana did with the UFC.

UFC President Dana White recently unveiled a design for the championship belts for the league. John Morgan, an MMA journalist, took to Instagram to further break down the design for the belt of Dana’s foray into slap-fighting.

The belt is made from genuine PVC leather with the Power Slap brand elements being incorporated throughout the design of the title. The “SLAP” logo’s unique blue design was developed specifically for the strap.

The title belt also has replaceable side plates which will be employed to designate the weight class. The main plate is composed of a zinc alloy. The belt also incorporates the depiction of the reverberations of a slap into its design.