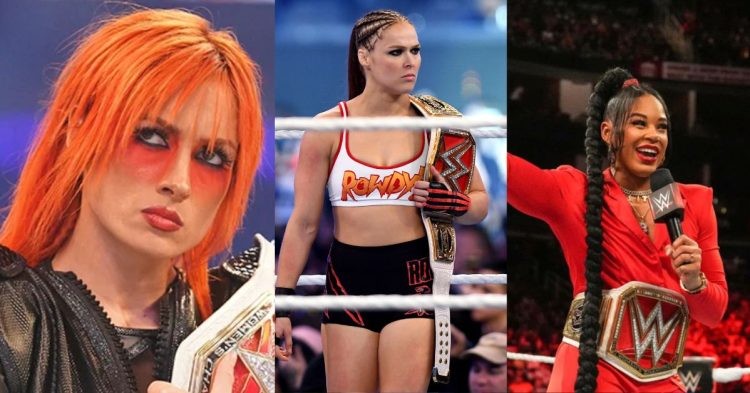 Confirmed this weeks back

#WrestleMania is going Hollywood on April 1 & 2 at @SoFiStadium! Tickets are available NOW when you use presale code: TWEETShttps://t.co/lSVn48uDQ4 pic.twitter.com/sIefgIFvca

Becky Lynch, Bayley, and Sasha Banks were the other three WWE horsewomen whom Bianca Belair defeated, leaving Charlotte Flair as the lone survivor. At WrestleMania, Ronda Rousey will undoubtedly face Becky Lynch in a title bout. WWE fans are looking forward to watching The Man and The Baddest Woman on the Planet colliding.

Bianca Belair, the Raw Women’s Champion, defeated Becky Lynch. She was taken off the main roster due to a shoulder injury and put on medical leave. To face Ronda Rousey for the SmackDown Women’s Title, Becky is reportedly expected to win the 2023 Royal Rumble.

The Baddest Woman On The Planet returned to WWE earlier this year and won the 2022 Women’s Royal Rumble match. She then kicked off a feud with Charlotte Flair over the SmackDown Women’s title, heading into ‘Mania. Around the same time, Lynch talked about a possible match with Rousey: “If I was Ronda, I wouldn’t want to face me. We’re two women in the same position and obviously, I’m just killing the game. If I were her, I would do what she did, too. I’d start with the easy thing. Well, look: If I was her, I wouldn’t have done what she did because I’m me. … If I were to give Ronda advice, I’d say go with the starter, go with the appetizer.”

When it comes to their matchup on WWE TV, Charlotte Flair and Bianca Belair have faced off numerous times, but never on the grand stage. If the two women actually end up competing against one another at WrestleMania 39, the match is sure to become an instant classic.