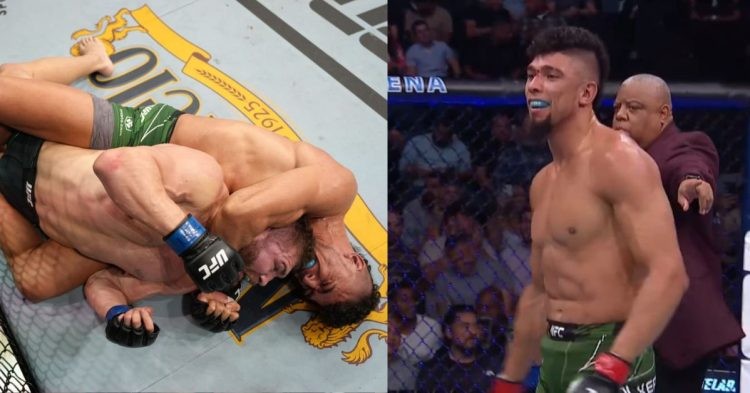 For the first time in three years, Johnny Walker, with a record of (18-7) is featured on a pay-per-view programme and returns to combat. Since beginning his UFC career with three brutal knockouts, he has not faced any straightforward opponents, and it has cost him. After shocking the New York crowd by giving him a taste of his own medicine, Corey Anderson lost to Nikita Krylov on a unanimous decision.

He is currently battling for survival in the 205-pound weight class of UFC. Walker was scheduled to compete in the prior two headliner bouts, however, he lost to Jamahal Hill in the opening round and to Thiago Santos by unanimous decision.

Ion Cutelaba with a record of 16-7-1(1)) has been given the task of carrying on the turmoil he was meant to create. He has only triumphed once since 2019, losing to Devin Clark by a unanimous vote in September of the previous year.

Additionally, Cutelaba just lost to Ryan Spann via submission in the first round. Prior to that, he defeated Devin Clark by unanimous decision and fought Dustin Jacoby to a split draw.

Walker and Cutelaba both need a victory; Walker has dropped four of his last five games and two straight, while Cutelaba has only picked up one victory in his last five contests. With a combined total of 27 knockout victories, both have a reputation for thrilling finishes. So how did it play out? Let’s find out.

Johnny Walker defeats Ion Cutelaba via submission in the first round

Both fighters came in confident and hungry to win. However, it did not take long for Walker to seal his win. As soon as the first round started, Johnny walked forward and was establishing his jab from the outside.

Cutelaba kicks him in the leg before narrowly missing with a high kick. Cutelaba pushes through for a takedown as Walker responds with one of his own and hits. He drags Walker up to the fence, where he successfully takes him down.

Walker attempted to shove Cutelaba away with his legs. Cutelaba attempts an armbar, but Walker makes a hasty getaway. As the fighters stand at this point, Walker is holding Cutelaba’s back.

Cutelaba is in a terrific position for a neck crank after Walker pushes him to the ground. Walker resets and attempts a new choke as Cutelaba struggles against the hands. So far, Cutelaba’s defence against submission has held up.

Pitter-patter punches are thrown over his shoulder by Cutelaba. Walker is still attempting to choke. The arm is his. Cutelaba taps and Johnny wins.