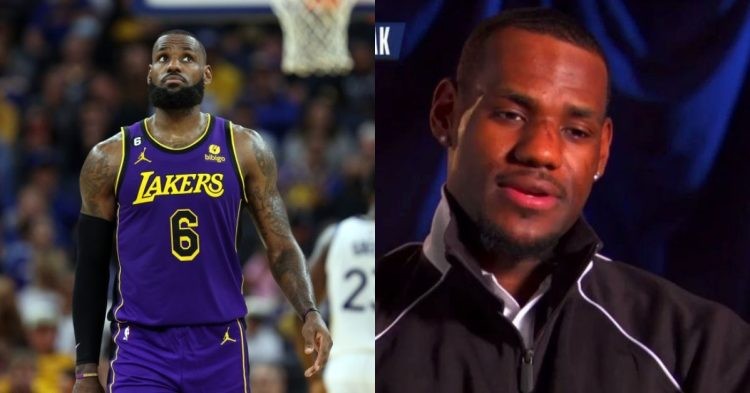 LeBron James is one of the most influential athletes on the whole planet. He has built himself a platform where the rest of the world pays attention when he speaks. He has used his voice to raise awareness for many significant matters.

However, at the same time, LeBron has also been lying, as many fans troll him for. Recently, the LeBron James memes have taken control of Twitter in a hilarious way that no one expected.

The “LeLiar” trend started when the LA Lakers star claimed that he used to listen to the rapper group Migos back in 2010, during his Miami Heat days. King James mentioned this when he was paying tribute to the late rapper Takeoff, whose death also received attention from other NBA personalities like Trae Young.

Fans were too quick to catch LeBron and pointed out the fact that the group hadn’t even released an album at that point. This started a whole chain of memes where fans started gathering evidence that LeBron has lied on occasion. One of the times he was caught was when King James was gloating about predicting Kobe Bryant’s iconic 81-point game.

we gotta discuss how Bron is really a compulsive liar 😂😂😂 https://t.co/ONEzlRrdWh

Recently, he has responded to these claims as well. On the latest episode of his show, The Shop, James claimed that the Los Angeles Rams coach Sean McVay had stolen his playbook. This was in a joking manner. Jalen Ramsey, the Rams star was quick on his feet to say, “You know what they saying on Twitter right now? That you be cappin.”

LeBron laughed at this as well. In the end, he responded, “I always speak the truth man, I always speak the truth.” He did acknowledge that he had spoken about the memes and the latest trend involving him on Twitter to someone. It seems like the King has been witnessing everything that the NBA fans have been saying about him after all.