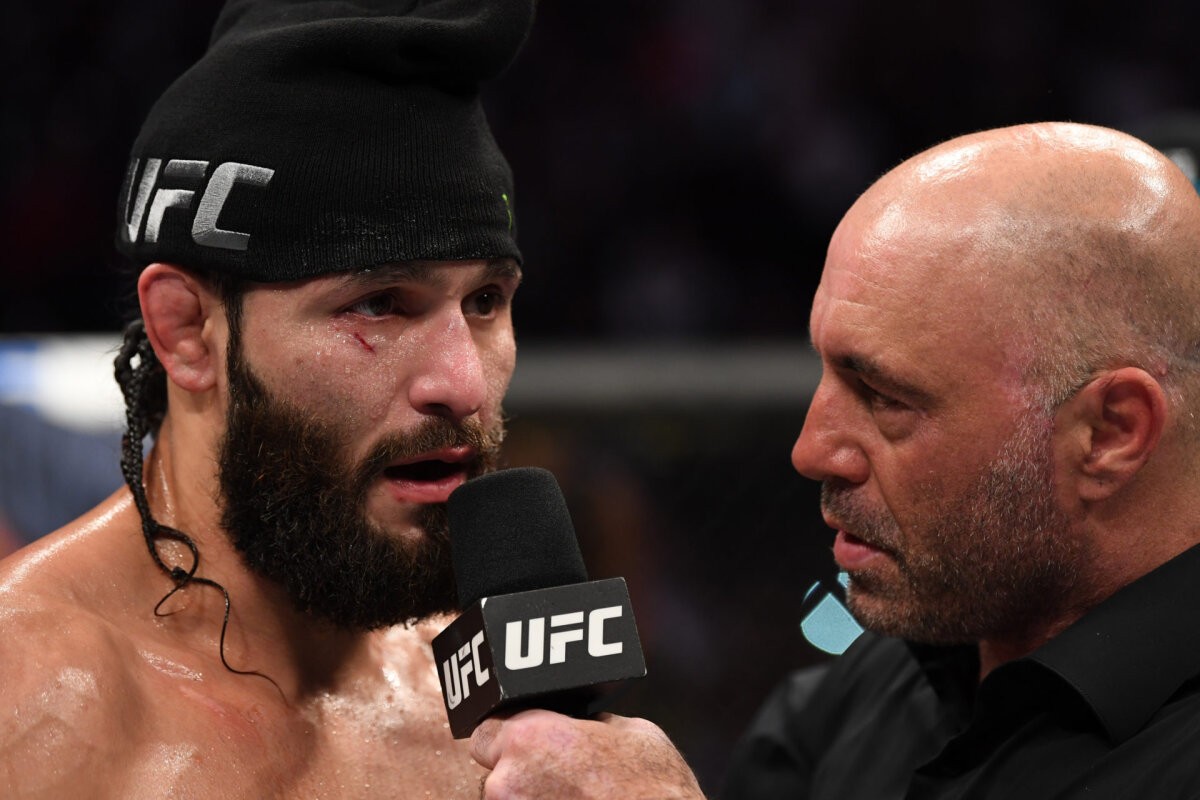 UFC’s color commentator, Joe Rogan was criticized by the fans after he interviewed Zhang Weili and Jorge Masvidal after their KO loss at UFC 261.

After an unpleasant experience of interviewing Daniel Cormier and Alistair Overeem after their KO losses, Joe Rogan requested UFC not to interview fighters after they get knocked out. However, Joe Rogan broke his own rules in one of the biggest PPVs of this year, UFC 261.

In a recent episode of the JRE podcast, Joe Rogan opened up about his decision to interview fighters. Rogan fired back at the critics and said:

“When I interviewed him after the fight, people like you said you were not gonna interview people after knock out. I don’t even know what’s happening. I was in a trans. Everything was so crazy and you guys were right, I did say that I was not gonna interview people after the fight. But guess what I am glad I did. Cause, whether it is, was Zhang Weili whether it was Masvidal getting KOed like that, Masvidal had the classiest response I have ever experienced with a guy talk so much s*t, hyped up a fight, did what he did, fought his heart out, got knocked the f**k out with one punch, it was all class.”

Fans have called out Joe Rogan in recent times

Joe Rogan has been an iconic part of the sport of MMA for a long time. Though he has never competed in the UFC octagon his presence on the commentator’s desk gives fans a thrilling experience.

However, fans have called out Rogan for biased commentary in recent times especially in the fight between Israel Adesanya and Jan Blachowicz. Many fans believe it is the biased commentary from Joe Rogan and Daniel Cormier, which persuaded fans to believe that Adesanya won the first three rounds comfortably. Besides that, fans also called out Rogan for his commentary in the fight between Brandon Moreno and Deiveson Figueiredo.

However, the commentary at UFC 261 was praised by the MMA fans. The trio of Joe Rogan, Daniel Cormier, and Jon Anik certainly made the event even more enjoyable for fans all around the world.