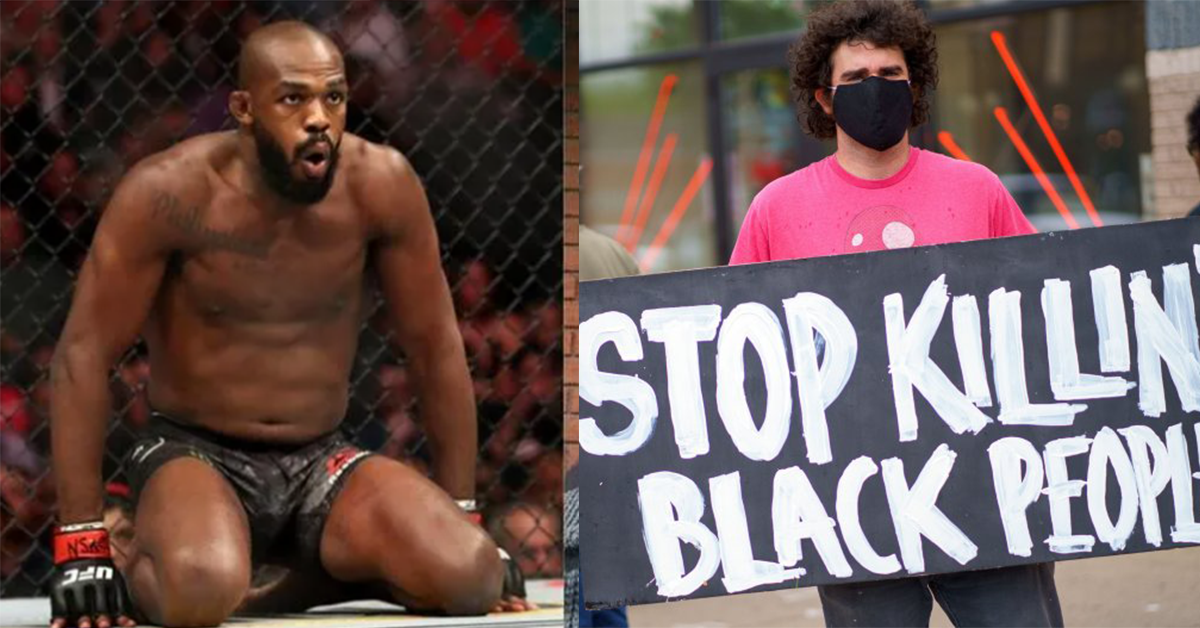 Jon Jones has raised his voice over the brutal killing of a black man in after Minneapolis police officer pinned him down with his knee to handcuff him, in the US state of Minnesota. The individual died late Monday, and soon after the news broke, outrage ensued among the communities, and leaders, leading to the officer’s termination.

46 year old George Floyd, died in police custody. During the time of arrest, he was unarmed. Subsequently, the police officer pinned him down, and applied pressure to his neck with his knees. Floyd screamed for help, even asking the officer to let him go, and give him some water, but to no avail. Floyd was accused of cheque-forgery, and the four officer involved in his arrest were fired. FBI and local authorities are investigating the whole incident, that has garnered national outrage.

In a series of tweets, Jon Jones targeted the police officer for his mishandling. And asked for a policy change to avoid such incidents in the future.

The video that is being put across by all media platforms shows George Floyd crying for help. After that, he can be seen asking the police officer to release him as he begs for water. Floyd complains about not being able to breathe, which is completely ignored by the officer, who continues to apply pressure to his neck.

In a series of tweets, Jones reflected on the situation, and used the platform to raise awareness about police brutality. Jones also urged people to not share the news with the pretext that he is black and deserve justice. However, he rather put out a question on the public front for policy change and criminal justice in general.

Meanwhile, city’s Mayor Jacob Frey confirmed the termination of the four responding officer’s termination. In conclusion, it’s the right time for people to raise their voice against police brutality that continues to be an issue across the world.