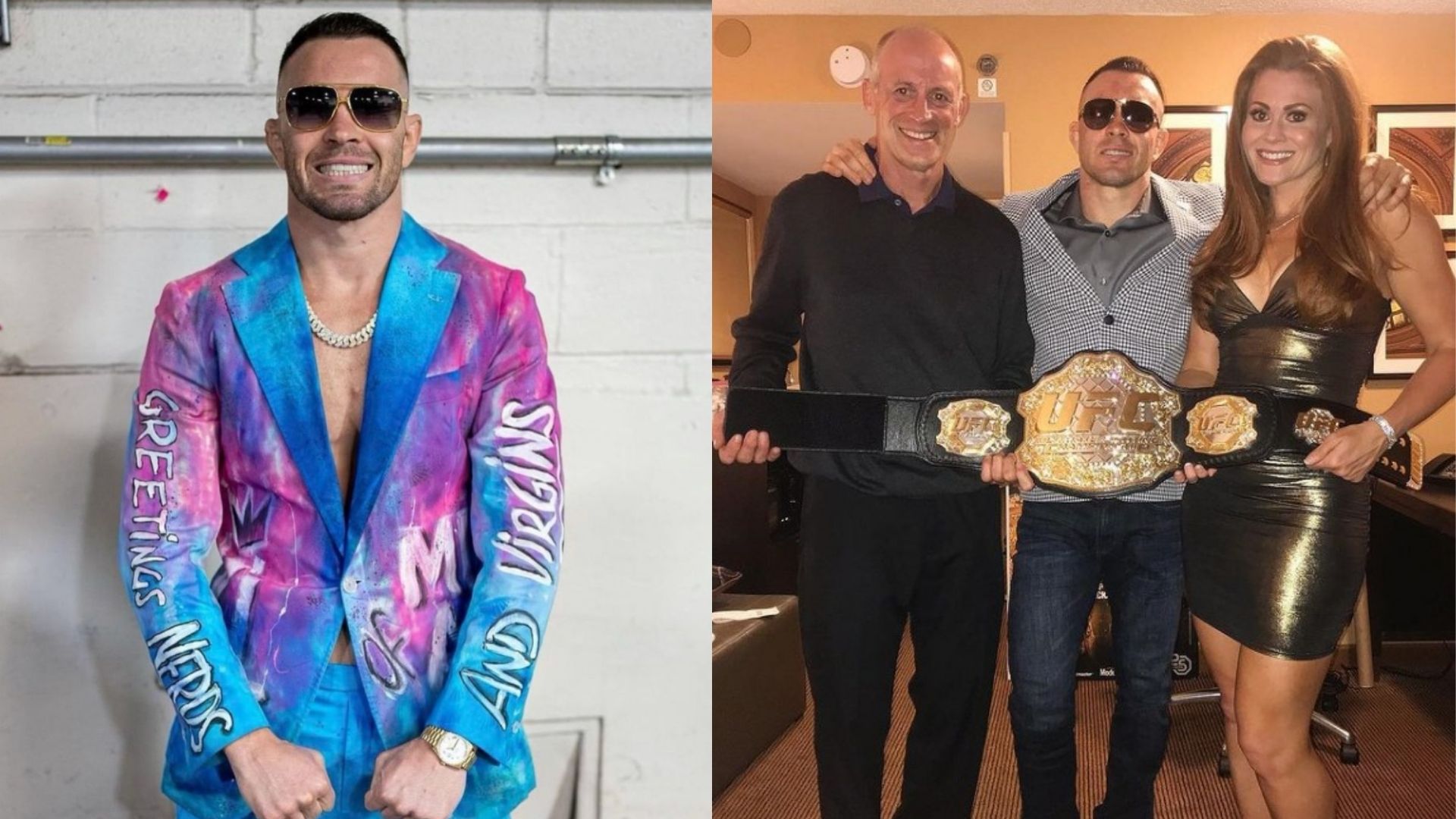 Kamaru Usman mocked Colby Covington’s gimmick as he opined during a heated trash-talk, “I can’t believe his father let him put this persona on.” Ahead of arguably one of the most awaited grudge matches, Kamaru Usman and Colby Covington sat down for the UFC 268 pre-fight press conference. What followed, was a heated back and forth between the two welterweights as they tried to gain a mental edge over their opponent ahead of the fight.

By now, it almost cemented that Colby Covington is pushing a gimmick whenever he takes on the microphone to talk about his UFC career. I wouldn’t be lying if I said most of the nicknames that Covington has addressed other fighters with are extremely hilarious. However, I often felt that he crosses the line. Be it his remarks on Dustin Poirier’s wife Jolie Porier, or his comments on Jorge Masvidal’s marital life ahead of Kamaru Usman vs Jorge Masvidal.

Speaking at the UFC 268 pre-fight press conference, Kamaru Usman had this to say about Colby Covington. “As a competitor, no it’s not hard. I love what he brings to the table, he pushed me the last time. I expect that from him this time. But as a person, he is a rotten piece of s*it. And I can’t believe his father let him put this persona on.”

Colby Covington and his gimmick

Colby Covington and his MAGA gimmick continue to be one of the most controversial figures in the business of sports entertainment today. It won’t be wrong to say that he is right behind the Notorious Conor McGregor when it comes to making it to “untasteful” headlines by making unnecessary remarks. However, it has been his performances inside the UFC Octagon that have made everybody acknowledge him as a mixed martial artist. So while phrases like “nerds and virgins” are extremely funny, you do realize even under a “gimmick,” Colby Covington crosses the line a lot of times.

Be that as it may, and as Kamaru Usman rightly pointed out, as a competitor Colby Covington has the respect of MMA fans, but for the persona that he is bringing to the world, we can’t believe it had to come this way.