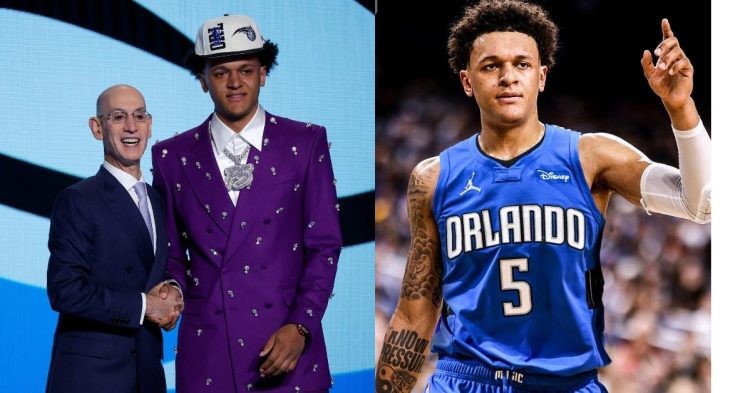 Paolo Banchero just became the number one pick in the 2022 NBA Draft. He is now the 5th number one pick to come out of Duke which is the most in NBA history by any college.

It’s the most by any school. pic.twitter.com/FxcIoDcsA8

Analysts have been debating for months and it was established a long time ago that Banchero wouldn’t be drafted anywhere out of the top 3.

Now that he has become the number one pick he has some big expectations to live up to. Let’s look at what led him to be the first pick in this year’s draft with some fantastic players like Jabari Smith Jr. and Chet Holmgren.

Paolo Banchero is 19 with an NBA-ready body

Banchero stands tall at 6’10 and weighs 250 pounds, he has good length paired with some even better strength. This young baller can do it all on the defensive end, he can guard the perimeter and block shots in the paint. His strength and size allow him to go up against some of the best. When you combine that with his agility, he can guard anyone position from 1 to 5.

Apart from his defensive capabilities, he can also get it going on the offensive end. Banchero shoots a respectable 33.8% from three and has some amazing footwork that allows him to score in the paint. At times he can also run the offense thanks to his serviceable handle.

Banchero is all set to show out on the big stage as a member of the Orlando Magic. The only finals Orlando has seen in recent history was the one that was played in the NBA bubble. Now with the addition of Paolo Banchero, this team has all the right tools for the job.

Paolo joins an elite class of No. 1 picks for the Magic 🪄 pic.twitter.com/yAUX89RWnD

Everyone is high on Banchero but not without reason. He has managed to impress one of the greatest coaches in basketball history. After being drafted with the first overall pick Banchero was asked about how he felt.

“I never would’ve thought that this would happen,” Banchero said as he went on to express his disbelief at the fact that he has finally made it. “I can’t believe that I’m an NBA player, I can’t believe that this has happened, this is unbelievable and I can’t speak right now”, said Banchero as he got emotional after being drafted.

But, the interviewers had a special gift for Banchero. They showed him a special video that Coach K recorded to congratulate him on making it to the NBA. Banchero may not have thought that he would make it to the NBA but Coach K was certainly a believer. Banchero has a lot to prove over the next few years but right now he is just happy that he has finally arrived.