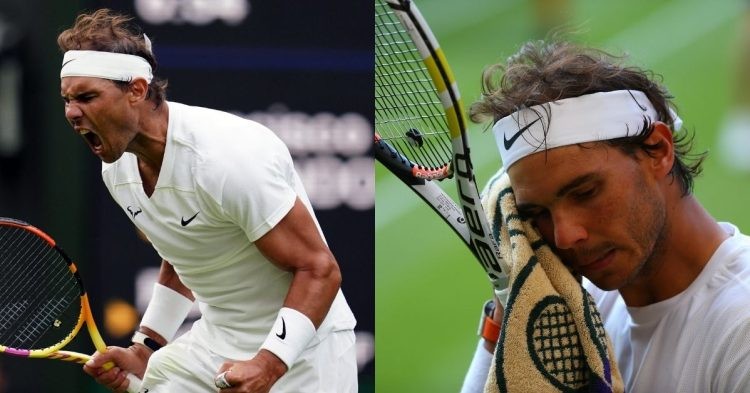 If you are a true tennis fan, you already know by now that Rafael Nadal has pulled out of Wimbledon due to his abdominal injury. His withdrawal has sent Nick Kyrgios straight into the final where he awaits the winner of the semifinal match between Novak Djokovic and Cameron Norrie.

Wishing you a speedy recovery.#Wimbledon

During the press conference, Nadal gave an update on when his fans can expect him back on the court. To everyone’s surprise, Nadal revealed that it would take him only a couple of weeks to start practicing again.

He didn’t feel like he could play two matches. Maybe he could have jammed his way to a final but beat Djokovic in a final with a 99mph serve. Impossible. pic.twitter.com/bsMABNxWSf

Nadal does not want to disrupt his calendar due to the injury and is eyeing a comeback without missing out on any major tournaments. He said, “It going to be around between three, four weeks, normal thing for these kind of injuries. So I hope that this will not make me – I hope these three, four weeks will allow me to do my normal calendar.”

During his quarterfinal match, there came a moment after which Nadal really struggled to put any power in his serve. His family members in the stand could see him struggling and even advised him to forfeit the match to avoid any serious injury. Despite all this, he played the match and even won it.

One journalist asked Nadal if he regretted playing the quarterfinal match with the injury. To this, the 22-time grand slam winner replied, “Yeah, was the right decision because I finished the match. I won the match. I did the things that I felt in every single moment.”

Nadal fans can rejoice that he would most likely be present for the US Open. Till then, fans will have to keep calm and wait patiently for the Spaniard to recover and come back on the court. While he has lost his chance to win the Wimbledon trophy, he sure has the US Open in the pipeline.