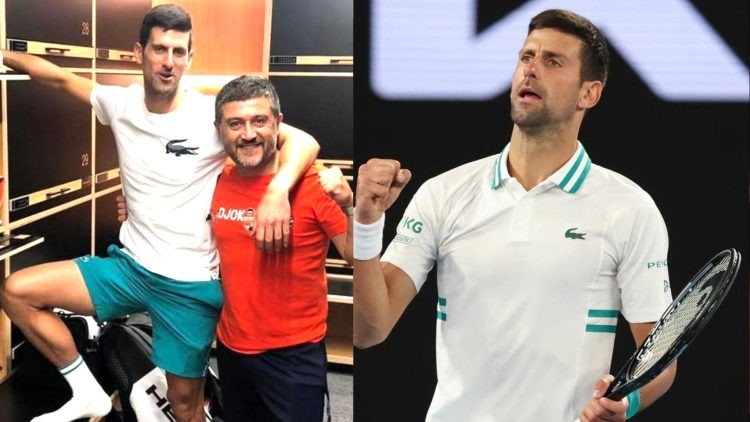 Like every other player, Novak Djokovic also had to make changes to his lifestyle to cater to his fitness levels. And his dedication to his fitness has actually paid off since he made significant changes in 2011.

For instance, his rivals Roger Federer and Rafael Nadal have won four and thirteen Grand Slam titles respectively; on the other hand, Novak has won 20 of those titles.

Novak Djokovic‘s success can also be owed to his experienced team which comprises Goran Ivanisevic his coach, Marco Panichi his fitness trainer and his most important team member, Ulises Badio. Novak Djokovic initially started working with Ulises Badio after suffering a major elbow injury in 2017.

Djokovic in Marbella ❤️
📸 Novak Djokovic, this Sunday in a short break from training in Puente Romano and receiving the attention of Ulises Badio. /JOSELEhttps://t.co/GAU83xaei4 pic.twitter.com/7ptFhoNrpe

His ability to remain fit is the major reason behind his success in tennis and much of this can be owed to his physio, Ulises Badio. Ulises is always present next to Novak during a tournament to ensure that he is checked on periodically.

Who is Novak Djokovic’s physio?

Ulises Badio, the physio of Djokovic is an Argentinian who has graduated with a degree in kinesiology and physiotherapy.

He is also involved in the practice of manual therapy, chiropractic, acupuncture and Chinese medicine. Badio believes in attention to detail and recently in an interview he stated that,

“I follow him all the time. When he is seated, I control his posture, how much he drinks or eats, and how long he talks on the phone. Every detail matters.”

“Apart from holism, both Novak and I have a very specific life story. I don’t know if it brought us closer, but it helped us to be very open when making a decision or doing some kind of therapy. That, to a large extent, is what made us stay together.”

Novak Djokovic is currently chasing the record held by Rafael Nadal in terms of the highest grand slam titles. After Djokovic won the recent Wimbledon Championship by defeating Nick Kyrgios, he is just one short of matching Nadal’s records.

One major cause of concern for Novak would be that he would most probably be missing out on the US Open following his reluctance to take the COVID-19 vaccine. He has already surpassed the 20 grand slam record held by Roger Federer.