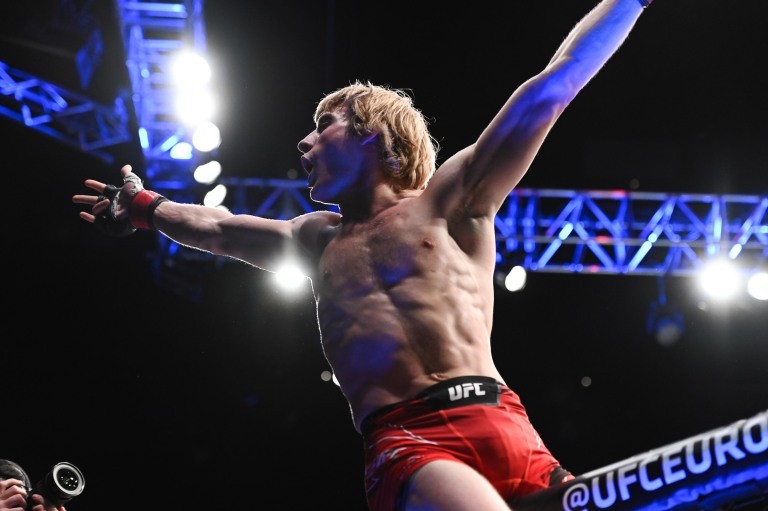 After that wild night at UFC London, it was obvious that Paddy Pimblett have some serious star power amongst the fans in the UK. And he is aware of that. Paddy believes that he could have run for the main event for this fight card.

“Expect me to take over the show, lad. I’ve told yous this. It’s the Baddy show. Storm Baddy arrived and swept the O2 right up.” he said.

It is quite clear that Pimblett is on his way to become the next big star for UFC, but if the UFC wants him to take a step up in competition they’ll also have to pay him more.

Asked if he was ready to test himself against a ranked opponent, Pimblett said he wouldn’t, without a change to his current purse size.

“No, lad, I wouldn’t take a top 15 fight,” he said. “I’ll be honest, I wouldn’t. Add some more zeros to my contract and then I will. I think I proved tonight that I deserve a new contract. Not this little standard one.”-Paddy via UFC London post-fight scrum.

Also Read: “You’re the Biggest Bully in the World”- Paddy Pimblett Calls Out Mark Zuckerberg After His Win at UFC London

The Paddy Pimblett hype-train is real!

Pimblett was already one of the most popular fighters in UK before he joined the UFC.

The 27-year-old Scouser relished in his victory over Vargas, but barely got a chance to celebrate before hearing about a callout from Topuria following a viral hotel altercation between the two prior to the event.

After his own win earlier in the night, Topuria called out Pimblett saying he wants to face “that blonde b****” as his next opponent.

But Paddy isn’t interested in taking a fight against a top 15 contender just yet.

Pimblett gave credit where credit is due and said he was impressed by Topuria’s own finish at UFC London, a violent second-round knockout of Herbert to kick off the main card.

“Give him his due, it was a good knockout,” Pimblett said.

“It was a very good knockout, especially after taking that head kick in the first round. But if I hit him with that head kick, I would finish him.

“But as I say, he’s just hand sanitizer boy to me. A lion doesn’t concern himself with the opinions of sheep.”

As far as it is concerned, the Lightweight division is one of the hardest divisions in the UFC.

It wasn’t a perfect fight. Even Paddy himself was critical about some early mistakes he made against Vargas before turning the tables with a takedown and the fight-ending submission.

Paddy confirmed he will look forward to improve himself for his future.

While he’s always up for a challenge, he’d want to see some fat paychecks first, before he steps in the Octagon against any top contenders.