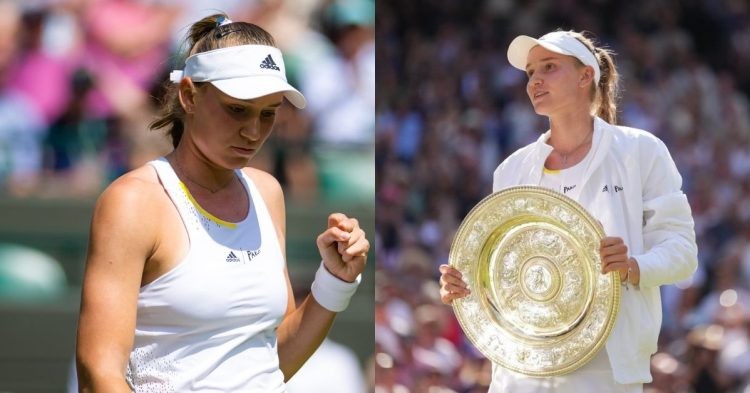 Rybakina’s win has created controversy as she originally hails from Russia. However, she switched her federation to Kazakhstan in 2018 due to financial reasons and even got Kazakh citizenship. Ironically, Wimbledon had banned Russian and Belarusian players due to the Russia-Ukraine war.

After her victory, Rybakina was asked about the war in Ukraine and her stance regarding the same. The reporter asked, “Do you condemn the war and Putin’s actions? I think people would like to know what your stance is.”

Elena Rybakina becomes Wimbledon’s second ever Russian singles champion in a year where all players from Russia were banned.

The most literal of triumphs against all odds. pic.twitter.com/CUpBNE5K7v

Rybakina tried her best not to answer the question. However, she finally answered, “From my side I can only say that I am representing Kazakhstan. I don’t know what’s going to happen. I mean, it’s always some news, but I cannot do anything about this.”

As per express.co.uk, Russian tennis chief Shamil Tarpischev reacted to the victory of Rybakina and claimed it as the Russian federation’s victory. He said, “It’s very nice! Well done Rybakina! We win the Wimbledon tournament.”

When Rybakina was confronted with the same, she tried to deny the statement indirectly. She simply acknowledged the support of Kazakhstan in her tennis career. Furthermore, she said, “I didn’t choose where I was born. People believed in me. Kazakhstan supported me so much. Even today I heard so many support.”

Elena Rybakina becomes Wimbledon’s second ever Russian singles champion in a year where all players from Russia were banned.

The most literal of triumphs against all odds. pic.twitter.com/CUpBNE5K7v

Rybakina has encountered many such questions throughout the tournament. She has repeatedly tried to avoid the politics of the tournament. It is definitely ironic that a Russian-born player won Wimbledon in the year Russian players were banned from playing the tournament.