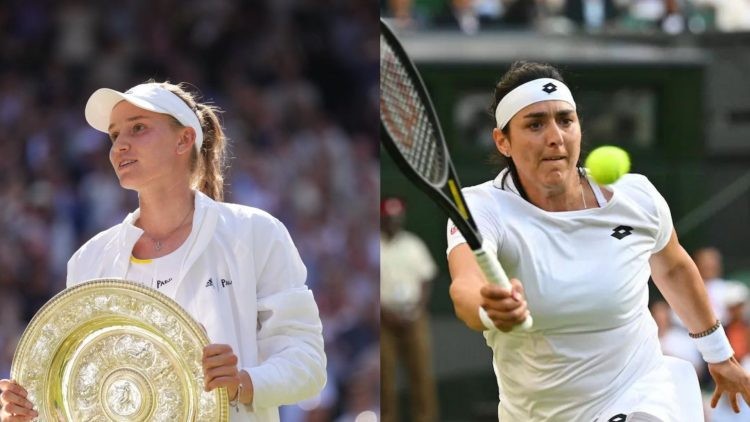 Elena Rybakina is someone who proved to the world why the concept of a dark horse is still relevant in modern-day sports. Among the big names such as Iga Swiatek, Serena Williams, Simona Halep and Ons Jabeur, no one expected Elena to reach the finals, lest winning the Wimbledon title.

However, she defied every odd that were against her and won the most prestigious title on the WTA tour, the Wimbledon. Elena Rybakina, who came in as the 17th seed became the first-ever Kazakh woman to win a grand slam title and the first Asian to win Wimbledon after she defeated the 3rd seed Ons Jabeur by a 3-6, 6-2, 6-2 in less than two hours.

Rybakina was relatively calm after winning her first grand slam title and on this, she stated in the post-match press conference,

“The crowd were unbelievable and I want to congratulate Ons, you are an inspiration. It was a joy to play against you.”

“It’s an honour to play here in this unbelievable atmosphere.

“I didn’t expect to be in the second week. To be a winner is just amazing. I wouldn’t be here without my team of course, so I want to say a big thanks to them. And most importantly my parents.”

Rybakina recently changed her nationality from Russian to Kazakh after the Wimbledon organisers imposed a ban on Russian and Belarussian athletes.

Wimbledon would be Elena’s third overall title, she won her first career title in Hobart 2020. Before Wimbledon 2022, her best grand slam performance came during the Rolland Garros 2021 wherein she defeated Serena Williams to enter the quarterfinals of the event.

This is only the second time Elena has defeated a top 10 player since the Tokyo Olympic quarterfinals.

During the course of the match, Ons started very strongly and tried to impose her dominance by winning the first set without breaking any sweat. Elena was out of rhythm in the first set and committed 17 unforced errors as well.

However, after the end of the first set Rybakina completely changed her game by improving her attacking game and also having defensive deliveries. After Elena’s impressive comeback in the second set, it seemed as if Ons had completely lost her game and she became very impatient which eventually led to her loss.