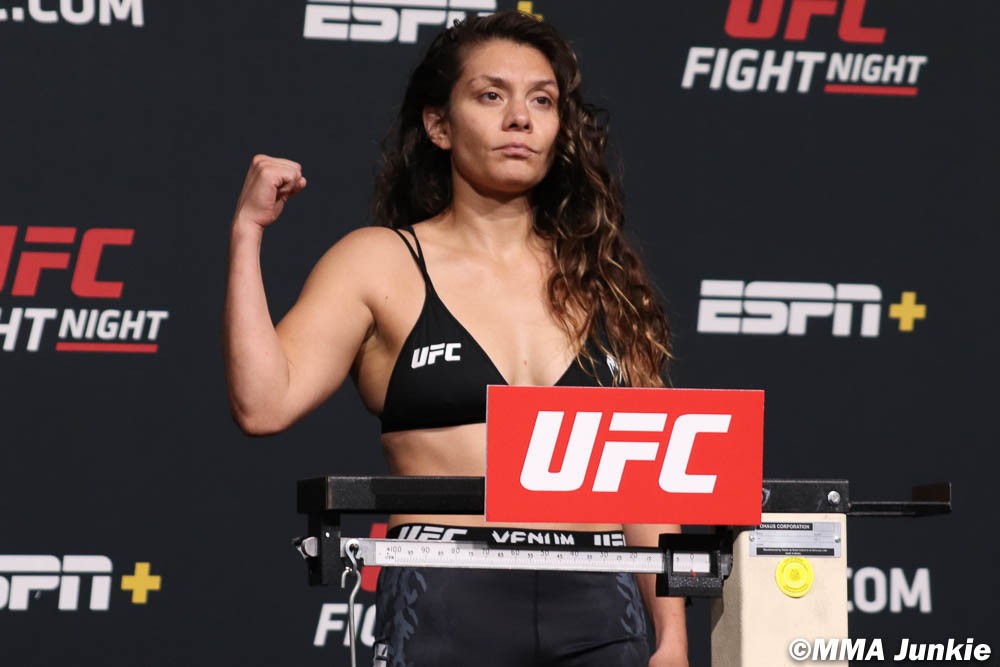 UFC vegas 33 featured the return of the former UFC flyweight champion Nicco Montano. The former champion was scheduled to take on Yanan Wu Mulan who has so far 4 fights in the promotion. Nicco Montano has been a controversial fighter in the UFC women’s division due to her consistent issues with weight cuts. And it seems the trouble has not stopped for Nicco Montano as she has missed weight for this fight as well.

Nicco Montano had to be stripped off of her flyweight title after she was unable to make weight multiple times for the flyweight division. The fans were expecting a much better weight cut of Montano as she has moved to the bantamweight division now. However, Montano has struggled to make weight again as she has missed the bantamweight mark by 7 lbs. Following the weight miss, Montano issued a statement and said:

I also want to say thank you to everyone at the UFC P.I. and Syndicate for believing in me and helping me get to this fight with more love and support than anyone could ask for. I truly felt the best I’ve ever felt going into this fight ❤️ pic.twitter.com/caZBtVUylh

Nicco Montano was not the only fighter who missed weight for the UFC Vegas 33 official weigh-ins. In fact, this was the third miss of the night and the second fight that got canceled due to a botched weight cut.

UFC bantamweight Ronnie Lawrence did not show up to the official weigh-in for his fight against Trevin Jones. And later on the officials announced this fight as canceled as well.

UFC welterweight, Philip Rowe missed the welterweight limit by 2.5 lbs as he weighed in at 173.5 lbs. As per reports, he will be fined 20 percent of his fight purse, which will go to his opponent Orion Cosce.

Nicco Montano and Ronnie Lawrence’s fights getting canceled have seriously affected the upcoming fight night. UFC Vegas 33 featuring a main event between Uriah Hall and Sean Strickland was not an exciting card, to begin with. And with fights getting canceled on such short notice it’s needless to say neither UFC nor the fans will be happy with how things have played out.