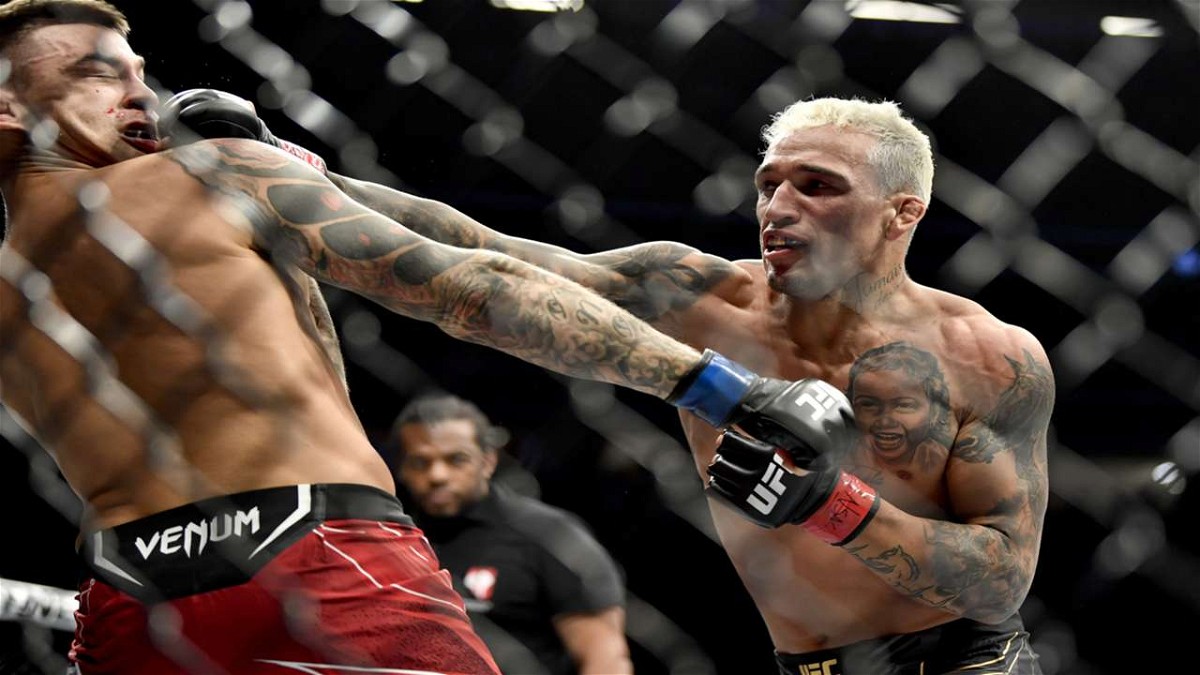 2021 was the biggest recorded year in the history of the Ultimate Fighting Championship (UFC) in terms of revenue. The same could be said about one of its biggest superstars, Dustin Poirier. He had two mega fights with Conor McGregor that sold a combined 3.3 million Pay Per View. However, Poirier wasn’t able to end the year on a high note.

Dustin Poirier challenged the Lightweight Champion of the world Charles Oliveira. On paper, it looked like a very exciting match-up and it did not disappoint. The odds-on favourite Poirier started off in the best way possible. He was clearly the bigger puncher between the two.

Oliveira had difficulty to the deal with the challenger’s power as his rear end touched the canvas multiple times in the first round. However, the Brazilian fighter approached the fight in a more sensible way in the second round and implemented his Jiu-jitsu to perfection. It proved too much for Poirier to handle and he fells prey to a beautifully executed RNC (Rear Naked Choke).

Dustin Poirier reflects on the loss to Charles Oliveira

Dustin Poirier recently appeared in famous boxing trainer, Teddy Atlas’ podcast, ‘THE FIGHT with Teddy Atlas‘. During that, he opened up on what went wrong in the fight on UFC 269. The two-time lightweight title challenger broke down his game plan for the fight.

Talking about his game plan, Dustin said, “When I did hurt him, I didn’t want to engage in the grappling. My plan going in was to keep him kickboxing, keep him uncomfortable. Not engage at all. And I think hindsight’s always 20-20. Looking back at that, I did get submitted, but I have good jiu-jitsu. I’ve been doing jiu-jitsu a long time.”

“I should’ve engaged and threatened him with my jiu-jitsu as well, instead of trying to stay away from it. Because I knew I would be able to hurt him on the feet, I didn’t want to play jiu-jitsu at all. It was like I put a block on it completely. That was my plan going into this fight. But it’s not a kickboxing match. It’s a mixed martial arts fight, and I shouldn’t suppress any of my abilities,” added the former UFC Lightweight interim champion.

There are rumours of him fighting one of the most popular fighters in the sport of Mixed Martial Arts (MMA), Nate Diaz. The fight is almost 4 years in the making. The promotion booked the fight on UFC 230. It did not materialize ultimately as the 32-year old Louisiana native called it off with a hip injury. But this time the fight is very close actually happening as Dustin Poirier himself has confirmed it during the podcast.