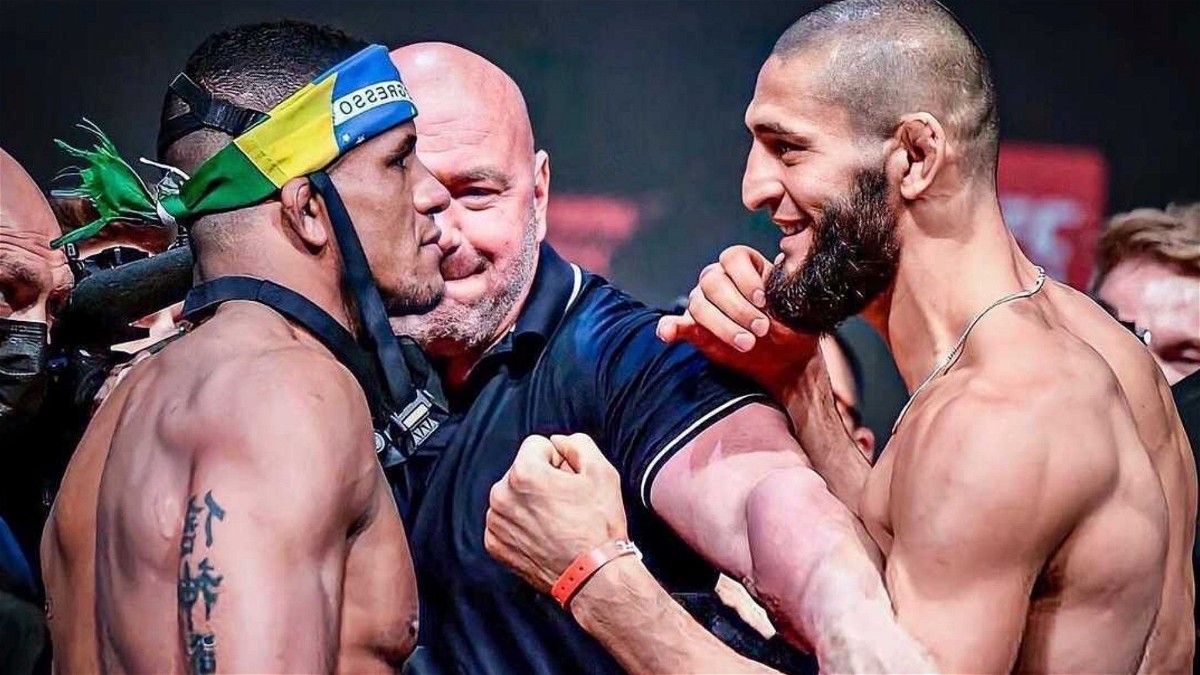 The UFC 273 main card for April will now feature a Welterweight bout between Gilbert Burns and Khamzat Chimaev which has been in the talk for some time now but was finalized only recently.

Gilbert Burns (20-4) is a former Welterweight title challenger fighting out of Sanford MMA in Boca Raton, Florida and is currently ranked at No. 2 in the UFC Welterweight rankings.

Burns got stopped by Kamaru Usman in his first title fight at UFC 258. He lost the bout via TKO after a strong start. But he bounced back with a unanimous decision win over Stephen”Wonderboy” Thompson at July’s UFC 264 event.

Burns gave his thoughts on his upcoming match-up with Khamzat Chimaev, as he will attempt to become the first man to defeat Khamzat in pro MMA. With a win at UFC 273, ‘Durinho’ is confident to beat Chimaev and remind the masses that he’s still one of the most elite fighters at 170 lbs.

During a recent interview with Helen Yee, Burns promised to put up a show and go to war against Khamzat.

“I see myself winning, for sure, I believe against everyone that I’m fighting that I’m gonna win. But I see it going very hard. In the beginning he might be very strong. I do believe he’s gonna strike a little bit. But I do believe he’s gonna grapple too. And try to take me down, wrestle. Stay heavy on top with good ground and pound. I see a war. I don’t think it’s gonna be easy for me, I don’t think it’ll be easy for him. We’re gonna grind down, I see my arm getting raised but it’s gonna be a war,” said Burns.

Khamzat Chimaev (10-0) has taken the whole MMA world by storm, since signing with the promotion in 2020. The Russian born- Swedish mixed martial artist has been a one-man wrecking crew. He is on a mission to “smesh” anyone he lays his eyes upon, massacring the whole divison.

He returned at UFC 267 this past October and steamrolled Li Jingliang, winning via first-round submission. Khamzat would be a real test for Kamaru Usman given that they’ve never faced off before. Both Chimaev and Burns tend to put it all on the line, ensuring this bout is going to be a war.