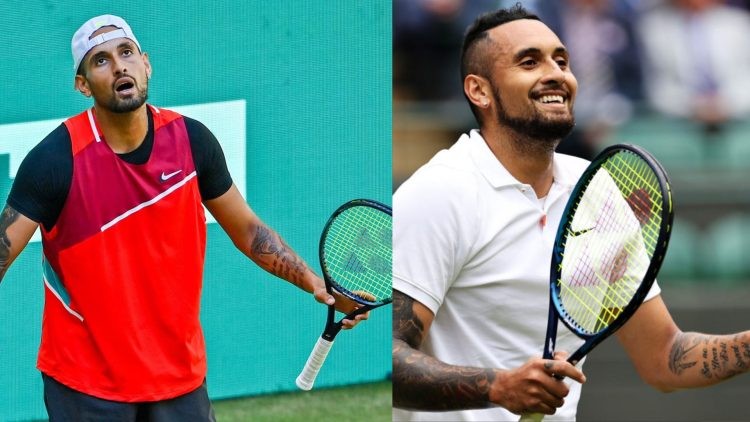 Nick Kyrgios has been in the news lately since Wimbledon for his on-court and even off-court antics. He was fined multiple times during the course of Wimbledon due to his unruly behaviour and complete dismay of the rules.

However, nothing can be taken away from him in terms of his performance in the tournament. He came extremely close to winning his maiden grand slam title however, Novak Djokovic put a stop to it and Nick had to settle for the runners-up tag.

Nick would comfortably be sitting in the Top-20 rankings of the ATP if there were ranking points allotted in the tournament. Without him getting the ranking points he is going to be pushed down to around 60th rank. He spoke about this in an interview, he stated,

“I’ve been that floater my whole career. Players know that whether I’m seeded or not the ball’s kind of out of their court. If I’m confident and playing well they can’t really do much. I’m 60 in the world but I feel like I’m top 10 always.”

His low rank would mean that he would be walking in unseeded in the upcoming US Open which is going to start a month from now.

Nick Kyrgios was supposed to start his US Open single category preparations by participating in the Atlanta Open. However, his preparations have been paused after he had to make a last-minute withdrawal from his fixture due to a left knee issue.

This would have been his first singles match after the Wimbledon finals. Nick was all set to face Peter Gojowczyk from Germany in the first round of the hardcourt ATP tournament. Nick has previously won the Atlanta Open.

Nick further said that he hoped to continue his progress in the double tournament in Atlanta with his partner Thanasi Kokkinakis with whom he also won the Australian Open 2022 doubles. Nick was also handed a wildcard into the Masters 1000 event in Ohio which is supposed to start fifteen days before the main US Open event.