“I Feel Like I won”- Brandon Moreno Claims He Won The Trilogy Against Deiveson Figueredo, Disagrees With The Judges 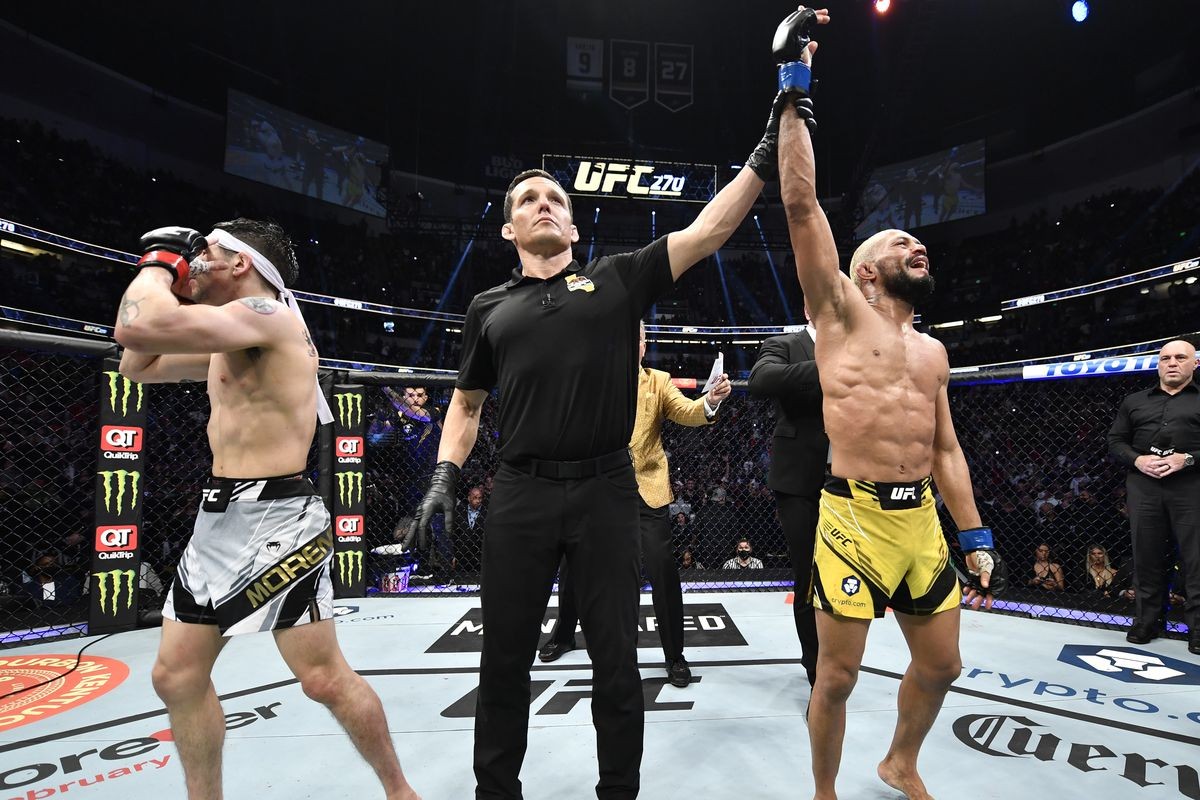 Deiveson Figueredo is now crowned as the new flyweight champion of the UFC. A nail-biting fight with a thrilling finish result in Figueredo getting his hands on the title again via unanimous decision.
Both Brandon Moreno and Figueredo landed some good shots on each other. Figuerdo worked on his wrestling with Henry Cejudo on his side. Moreno was knocked out several times by Figueredo’s lethal calf kicks. Even though the fight looked razor-thin, Figueredo looked superior right from the first minute. However, Moreno managed to take Figueredo down several times and did land on him with some good strikes. 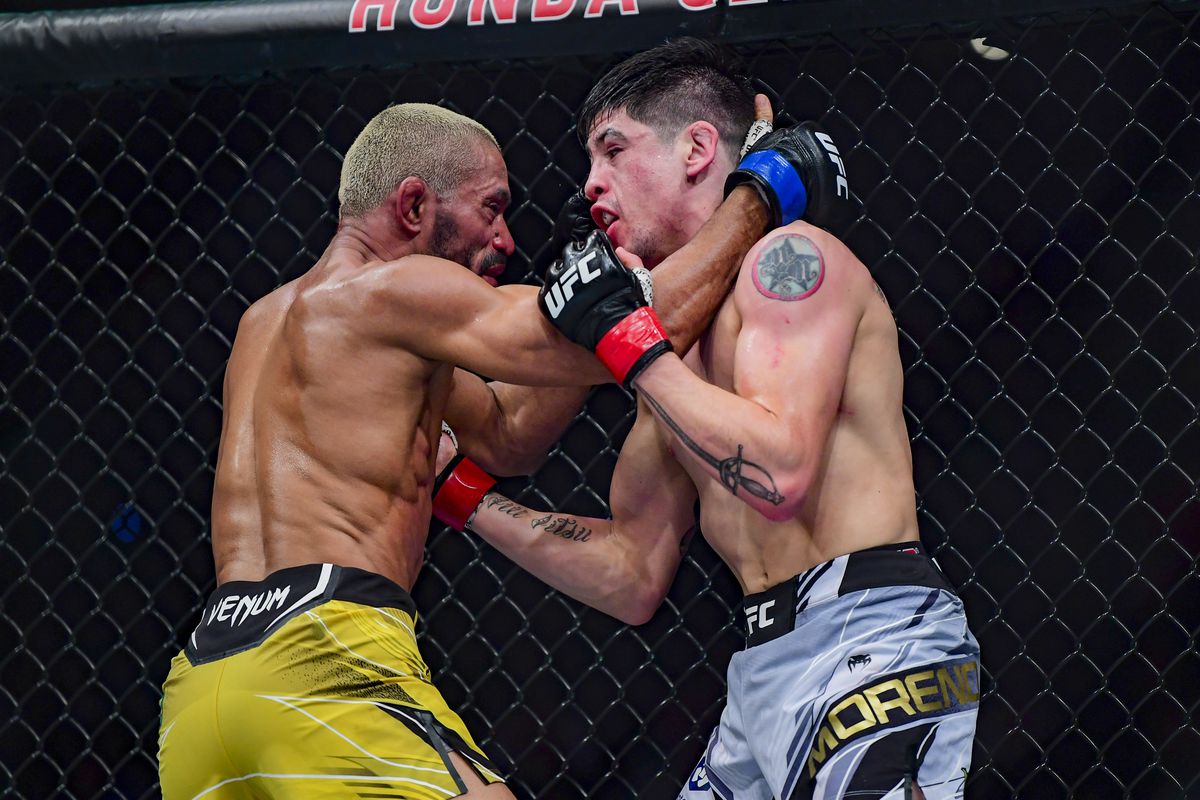 Moreno, in the post-fight octagon interview, shared his thoughts on the fight. He believes that he won the fight landing quicker strikes in contrast to Figueredo’s powerful hits. He also says that he thinks he controlled the pace of the fight.
” I had better combinations with more speed. He may have connected with a little more power. Obviously, I feel like I won but  It is what it is”, said Moreno.On being asked about Figueredo’s game plan in the trilogy fight-
“I feel like he had a better game plan this time against me and he was waiting too much. I feel like I was putting the better pace in the fight but I don’t know man, need to watch them fight again”.

Figueredo re-captured his belt for the second time against Moreno, winning it the first time at UFC 256 via majority draw. However, Moreno snatched it away from him in their second fight at UFC 263. Figueredo hinted his interest of fighting Moreno for the fourth time in Mexico this time.

Both the fighters showed phenomenal fighting spirit to take the fight to the last and final round. Moreno looked very confident with his striking while Figueredo countered back. The fight was a perfect balance of both the fighter working equally hard to get the win. However, Figueredo was the better fighter to regain his well-deserved championship belt.

Do checkout: what’s next for Brandon Moreno?

Is Francis Ngannou Leaving UFC and Looking at Boxing Debut After UFC 270?