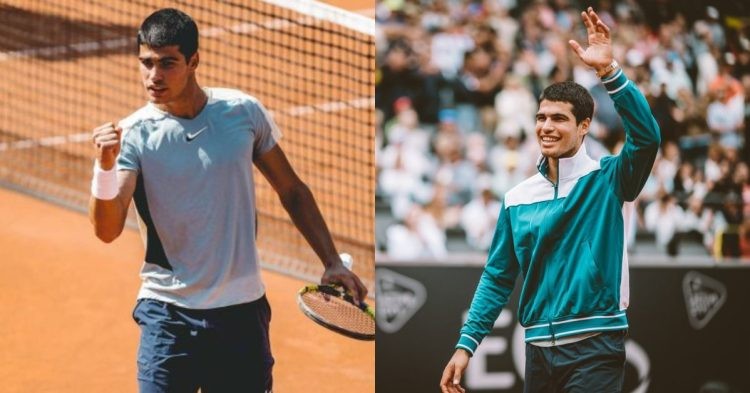 Carlos Alcaraz played an exciting Hamburg Open final but it was Lorenzo Musetti who had the last laugh. Musetti was the better player but Alcaraz gave his best to give fans a thriller. In the end, Musetti won the match 6-4, 6-7(6), 6-4, and won his first ATP title.

After losing the final, Alcaraz was humble in his loss and accepted that he was not the better player in the final. As per Tennis X, he said, “I think he deserved the win today. He played better than me, of course. He was more aggressive all the time.”

However, Alcaraz was not dejected or demotivated by the loss. In fact, he was satisfied with the fact that he gave his all and did everything to win the match. Furthermore, he said, “I didn’t play my best, but I fought until the last ball and I’m really happy with that.”

Musetti is a young prodigy just like Alcaraz and is only 20 years old. Despite winning the final, Musetti showered praise on Alcaraz for giving a tough fight. After losing the first set, Alcaraz saved match points in the second set and won it in the tiebreaker.

Furthermore, Musetti said, “Carlos was so good on the match points, so many chances. But I think the key of the match was to keep calm and all the patience myself because it was really not easy. Carlos was putting so much effort in the match points when he was down, so it was not easy to find the energy to come back.”

After winning his first ATP tournament, Musetti was in shock and couldn’t believe what he had achieved. He said, “I have no words because it was a roller-coaster until the end. I had so many match points. But I cannot describe what I am feeling right now. I think I am still dreaming.”