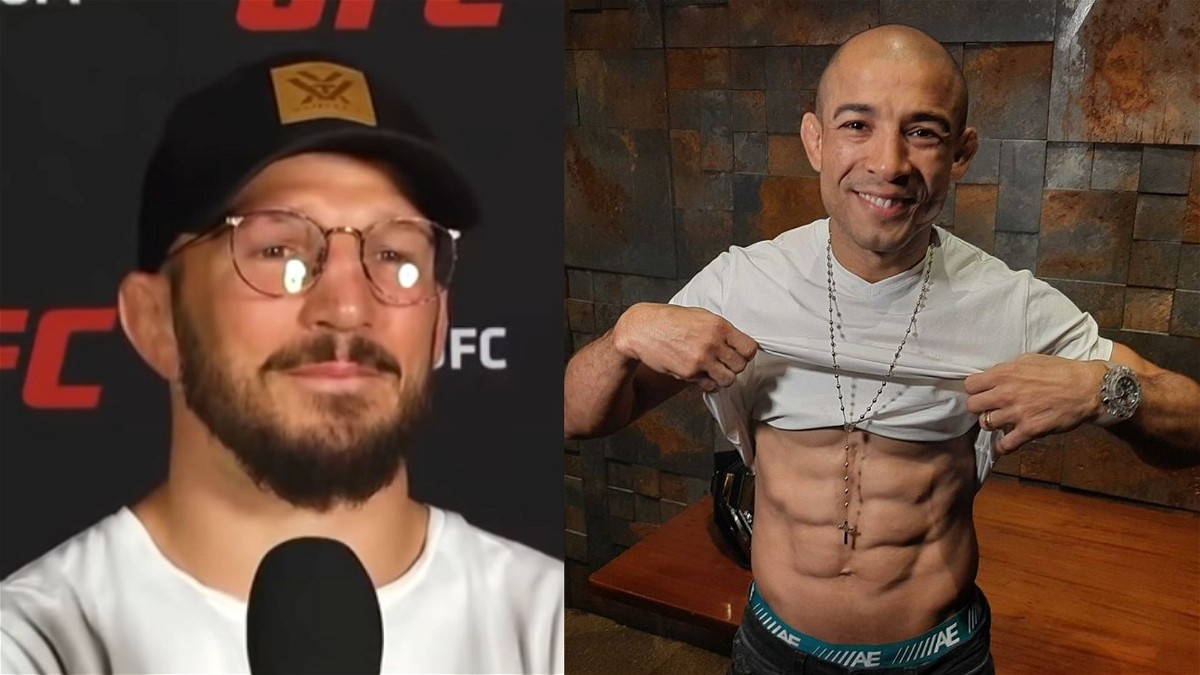 TJ Dillashaw heaps praise on Jose Aldo as he speaks to ESPN’s Brett Okamoto on his future plans in the UFC. Dillashaw is currently out due to injury and has been under-recovery. Dillashaw addressed the media following the conclusion of a successful UFC 270 featuring Francis Ngannou and Ciryl Gane. The former Bantamweight Champion TJ Dillashaw shed details about his recovery from the torn ACL that he suffered late last year in his return fight against Cory Sandhagen.

“Not training full-time.” Dillashaw continues, “Actually taking longer than I hope to get back to full recovery. It’s on track though, I just didn’t realize how much work I was gonna have to get done, I didn’t realize how beat up my knee was.”

Dillashaw also revealed that he is aiming to return after the Summer, and will likely remain out of the UFC Octagon for the first half of 2022. “No exact timelines, but with the way my weight class is right now, I got time.”

It goes without saying that TJ Dillashaw is next for the UFC gold. With a win over Cory Sandhagen, Dillashaw stands top at the #2 position in the UFC’s Bantamweight rankings. There were reports of a possible Sterling vs Sandhagen fight, however, after Dillashaw was suspended for more than 6 months due to torn knee, he will most likely face the winner of Sterling vs Yan.

“Let’s be honest, I left as a champion. I came back and fought their #1 contender for two and a half years lay off, and I was able to beat him. So, what else is there for me.” Dillashaw said.

Speaking on whether he would like to face Jose Aldo next as he waits for his title opportunity, TJ Dillashaw had this to say. “I think he has called me out after every one of his fights recently, which is amazing. Especially, I have looked up to Aldo, I think everybody has looked up to Aldo. I think any interview you do, Aldo has been one of the godfathers of the lower weight classes and it’s amazing. We will have our time, you know he keeps doing what he is doing, I am going to go get my belt back, and then it would be really amazing.”

Dillashaw expects Petr Yan to emerge victorious in the rematch and called Yan a “killer” inside the Octagon. Needless to say, if Petr Yan does manage to secure the UFC gold back, it will be interesting to see Yan vs Dillashaw share the UFC Octagon in what will be a masterclass between two of the finest strikers in the UFC.