I Have Some Options: Coco Gauff Trying to Decide Her Mixed Doubles Partner for Wimbledon 2022 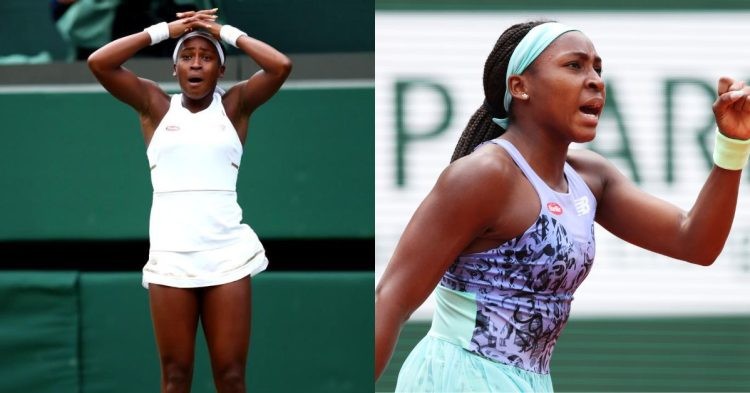 Teenage tennis sensation Coco Gauff recently put out a tweet in search of a mixed doubles partner for Wimbledon 2022. Her tweet read, “Who wants to play mixed at wimby?” Her approach to finding a partner for the tournament was unconventional, to say the least.

Gauff’s tweet went viral and many fans started suggesting options to her. Interestingly, this is not the first time something like this has happened. Last year, Nick Kyrgios put out a similar tweet looking for a mixed doubles partner and he eventually paired with Venus Williams in the tournament.

Who wants to play mixed at wimby 🌱🤝 ?

Gauff’s tweet has found some interesting replies from professional players. Fellow Americans Christopher Eubanks and Jack Sock were among the first ones to reply to Gauff’s tweet expressing their interest. Jock has won three grand slams in the men’s doubles section and the US Open in 2011 in the mixed doubles category.

“I have some options… I’m going to pick based off who I think I’ll have a lot of fun with.”

They slipped into her DM’s, now we wait to see who @CocoGauff will choose! 👀 pic.twitter.com/lr2hqxA4T6

As per Gauff, this year’s Wimbledon is the perfect time to play mixed doubles as the result of the tournament will not affect the points and rankings. ATP and WTA stripped Wimbledon of its ranking and points after the tournament banned Russian and Belarusian players from participating this year.

Many people wondered why the 18-year-old took to Twitter to search for a mixed doubles partner. Gauff candidly revealed that she did not know whom to approach and was afraid of getting rejected. The fear of rejection prompted her to post the tweet.

After the tweet went viral, Gauff revealed she has got some interesting options for the mixed doubles category. She said, “I didn’t want to ask somebody and get rejected. It’s been a success; I haven’t found a partner yet, but I have some options and now I’m just trying to decide who!”

Coco Gauff broke into the tennis scene when she beat Venus Williams in the first round of Wimbledon 2019 at the age of 15. She even managed to reach the finals of the French Open this year. However, she lost the tournament to world number one Iga Swiatek.