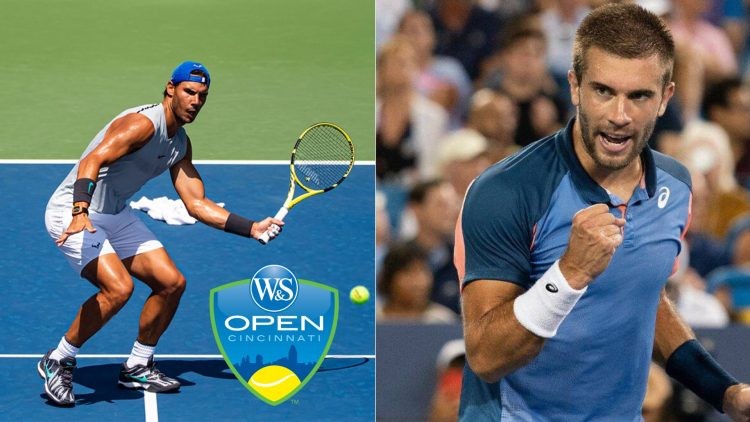 Rafael Nadal has finally returned from his injury layoff from Wimbledon due to an abdominal tear in the Cincinnati Open. His participation in the tournament is in lieu of his preparation for the upcoming and anticipated US Open.

His journey in Cincinnati has been cut short by an impressive Borna Coric. It seems that Nadal would need a bit more of time to get into the groove in order to tap into his best form. After the match Nadal stated,

“He’s brave. He’s a fighter. He went through some tough moments with injuries too, so happy to see him back. I have to move forward mentally, no? In terms of practice, I need to start to be in a Grand Slam mode.”

Rafael Nadal seems to have accepted that he would need to get on with his practice fast enough since the US Grand Slam is fast approaching.

Borna Coric managed to spoil Nadal’s return after his six-week hiatus from the sport. This was his first tournament since he had to withdraw from the semifinals of Wimbledon against Nick Kyrgios due to an abdominal injury.

The major takeaway from Nadal’s match loss would be the fact that he did not show any apparent signs of injury and there were no awkward body movements from him either. He felt that he needs to practice his serves better and also return better.

He needs a few more days to get the rhythm since he has spent a good amount of time outside the court in recent times.

He felt that his priority is to stay healthy since he has a difficult injury to manage. Rafael Nadal has always been an underdog in recent grand slam tournaments. Both in the Australian Open and the French Open he was written off very early but still he managed to prove his haters wrong and clinched the titles.