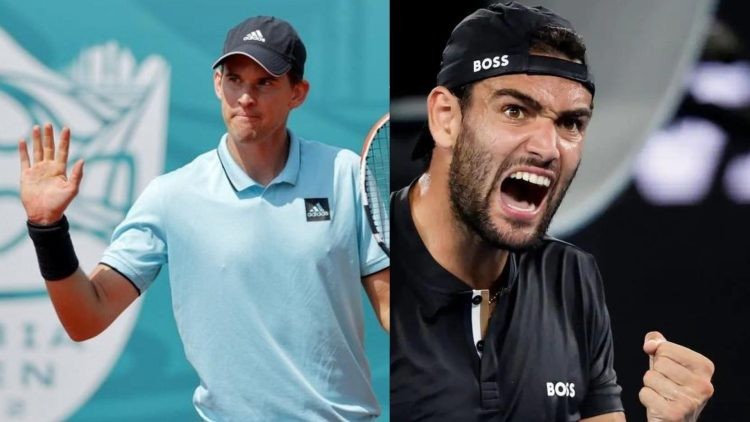 The Italian tennis star dominated the match throughout as he was striking the ball with absolute power and accuracy which led to his 6-1, 6-4 win. Matteo got a good start to the match as he bolted towards a 5-0 lead in the first set.

Dominic had a few chances here and there to make his comeback, however, he failed to capitalise on the opportunities which eventually handed Berrettini a win in just 78 minutes. In the post-match press conference, Matteo stated,

“I’m really happy with my performance,”

“I knew that I had to play my best tennis to beat him. I think my game in general was working pretty well. I was serving well, returning well. I was being aggressive. I don’t think I gave him the time to play his game and that was the key today.”

Matteo Berrettini would be looking forward to clinching the Swiss Open title.

Dominic Thiem was surely looking very strong and was set to win the Swiss Open title, but then he was stopped by a resurgent and strong Berrettini. Matteo has already won the Stuttgart Open and the tournament in the Queen’s club which has now extended his winning streak to 12 matches.

Unlike his quarterfinal match, Matteo had a very fast start to the match and did not give time to Thiem to get his rhythm back in the match.

He was impressed by his performance and felt that the more he played tennis the more he would feel better especially considering that he is coming out of a hand injury sustained by him. He further felt that he played the best match of the week.

Even though Dominic could not reach the finals, his performance in the Swiss Open has been nothing less than impressive. He is finally back into the Top 200 rankings of the ATP as well.