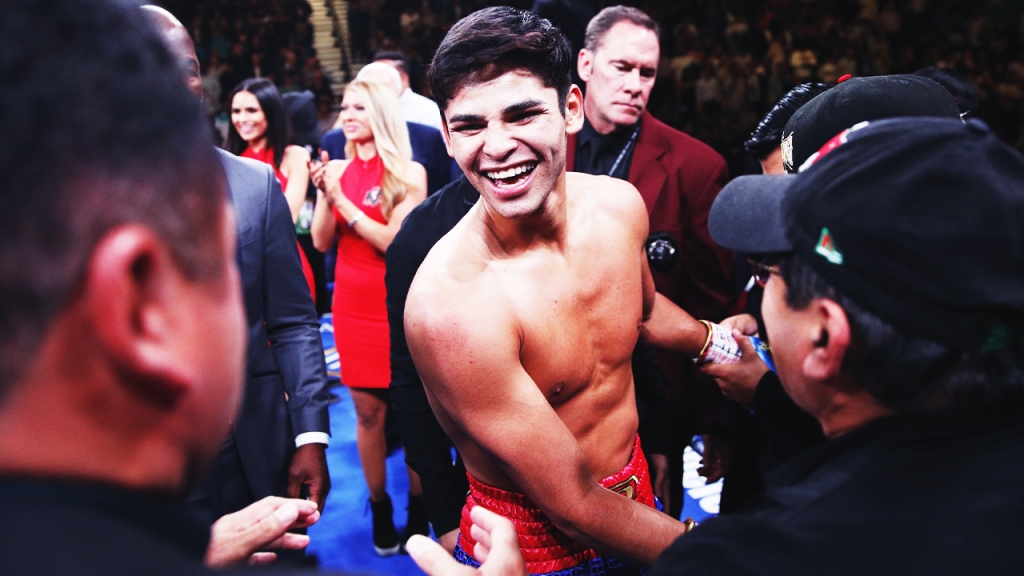 Ryan Garcia is certain he can beat reigning unified lightweight champion George Kambosos Jr. despite being out of the ring for almost a year.

After taking down Luke Campbell in January 2021, ‘KingRy’ was not much in the picture. The 23-year-old boxer was previously regarded as amongst the sport’s greatest talents, but his lack of participation has caused him to slide off of favor from several fans and experts.

Even though having only fought twice since 2020, Ryan Garcia remains optimistic about his ability. The previous WBC interim lightweight champion lately spoke with ESNEWS about a wide range of topics (video down below). One possibility was a fight with the reigning unified lightweight champion, George Kambosos Jr.

Kambosos, however, competed once as well, in 2021, claiming the lineal/WBA “Super”/IBF/WBO championship in a twelve-round decision against then-undisputed divisional king Teofimo Lopez (16-1, 12KOs) last November at Madison Square Garden’s Hulu Theater in New York City. His first championship defense is still being planned, with the undefeated Sydney native aiming for a home-country headlining.

There could be two options for this match. Vasyl Lomachenko, who had three of the belts before Lopez and, WBC champion Devin Haney, who allows deciding the undisputed 135lb champion.

When is Ryan Garcia making a comeback?

Garcia, who is set to enter the ring again in April after being sidelined for more than a year due to mental health and injury issues, has implied he is the ideal opponent for the Australian. He said:

“I do like that fight… I would sell better than every single one of these guys. I win that fight, I knock him out within probably seven rounds… I would love that opportunity to fight [him]. Hopefully, he wants it, I make more sense. Coming off a long layoff, you just got the belts, he just got a hand surgery, I’m the perfect picking. Might as well come after me.”

Considering his current troubles with inaction, the 23-year-old fighter warned that Kambosos might regard him as susceptible. He said:

“I hope he wants it. I make more sense. I’m coming off a layoff. He just got the belts. I just got the surgery. I’m the perfect picking.”

Garcia has been sparring with WBA lightweight champion Gervonta Davis for the recent months, but a fight of that caliber in April is quite doubtful.

Other possible rivals include 135lb competitors Isaac Cruz and Tevin Farmer, both of whom have previously called out the California native.