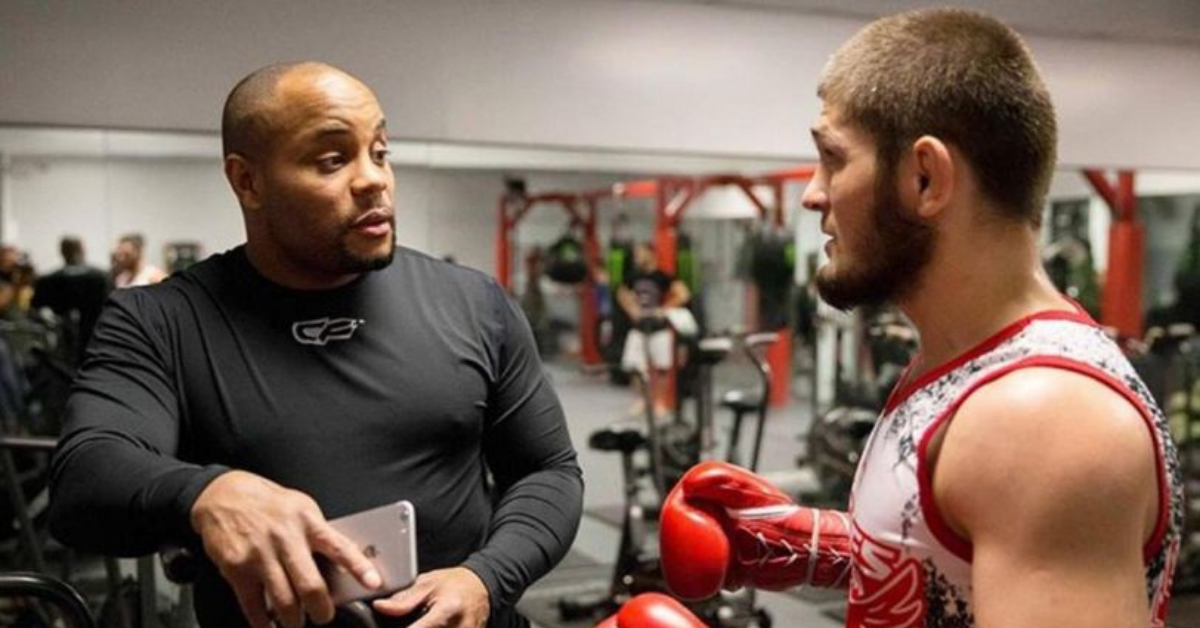 It was reported that UFC is under works for an epic showdown between Khabib Nurmagomedov and Justin Gaethje at UFC 253 in September. However, after the sudden demise of Khabib’s father Abdulmanap Nurmagomedov, it looks unlikely that Khabib will compete inside the octagon this year. That’s exactly what Khabib’s training partner, and former dual champion Daniel Cormier thinks about Khabib Nurmagomedov’s future inside the octagon.

Khabib was earlier scheduled to take on Tony Ferguson at UFC 249. However, the bout fell apart after the lockdown imposed due to the pandemic restricted international travel. Justin Gaethje took on Tony Ferguson on short notice, and pulled off an extremely impressive performance against the former interim champion to get an opportunity against Khabib Nurmagomedov for the undisputed lightweight championship.

Earlier, Dominance MMA CEO Ali Abdelaziz had stated that Khabib Nurmagomedov is not retiring. Ali claimed that Khabib would be back in action before this year, and will look to defend his title belt against Justin Gaethije next. UFC President Dana White also claimed that Khabib’s bout would go as per the plan. While he did clear that he hasn’t contacted Khabib ever since his father’s unfortunate demise.

“I don’t think he is fighting this year. Honestly. And it’s gonna take a lot of strength from a very strong man for Khabib to be back in the octagon ever I think.” Daniel Cormier said. When asked if he thinks that he will compete inside the octagon ever again, here’s what he had to say.

“Man, I just know what Abdulmanap meant to him. And I know that this was their journey together. I hope he fights, but I don’t know. I don’t know. He is gonna have have to muster a lot of strength for an already strong person. And if he does, I just don’t know how long he will be around.”

Only time will tell if we will see Khabib Nurmagomedov inside the octagon again. Needless to say, Khabib’s association with Abdulmanap Nurmagomedov went beyond that just a father and son. Khabib found his strength in his father, as a coach, guide and a constant tool of motivation.

UFC has already made Israel Adesanya vs Paulo Costa for the UFC Middleweight championship match official for the UFC 253 card in September. It remains to be seen if Khabib will fight in the same card. UFC could well be looking at other plans for the undisputed undefeated lightweight champion Khabib Nurmagomedov.