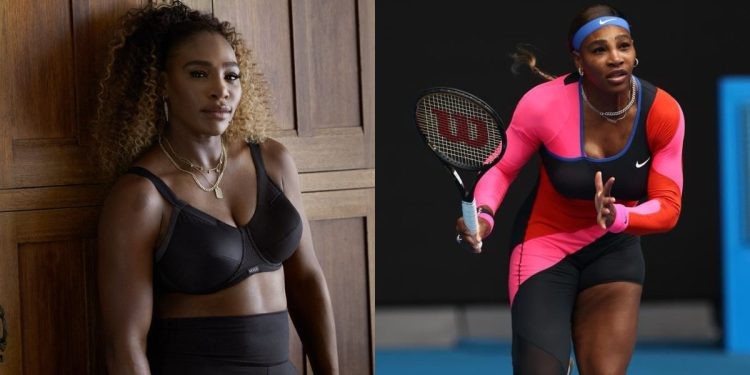 Serena Williams finally played a professional match after a long break of one year. Before participating in Wimbledon, she decided to warm up with the Eastbourne doubles event. She chose world number 3 Ons Jabeur as her partner for the event.

During last year’s Wimbledon, Serena suffered a hamstring injury in the first round and exited the tournament without even completing the match. The injury was severe and the recovery was slow considering the legend was 39 years old at that time.

Serena and Jabeur won their first-round match and the 23-time grand slam winner had many things to say on her return to the court. It had been a long time since the American tennis star had given a post-match interview.

Well that was a whole lot of fun 😜

During the post-match interview, Serena revealed that her love for the game motivated her to keep going. Moreover, she said, “I love tennis and I love playing otherwise I wouldn’t be here but I also love what I do off the court.”

Serena is not a young teenager anymore. She is 40 years old even though her energy and enthusiasm for the game are more than any teenage tennis prodigy. At her age, she understands very well that any injury can sideline her for months. The speed of recovery has come down over the years for Serena.

During her interview, she admitted that everything has become tougher and she has started taking things slowly. Furthermore, junior Williams said, “You know what I am literally taking it one day at a time. I really took my time with my hamstring injury so I am not making a ton of decisions after this.”

‘I’m literally taking it one day at a time’

“I always try to stay semi-fit because you never know when you are going to play Wimbledon,” Serena said when asked about her time of recovery and rest. She tried to stay somewhat fit as she knew a time would come for her to step up and march back on the court for a grand slam like Wimbledon.