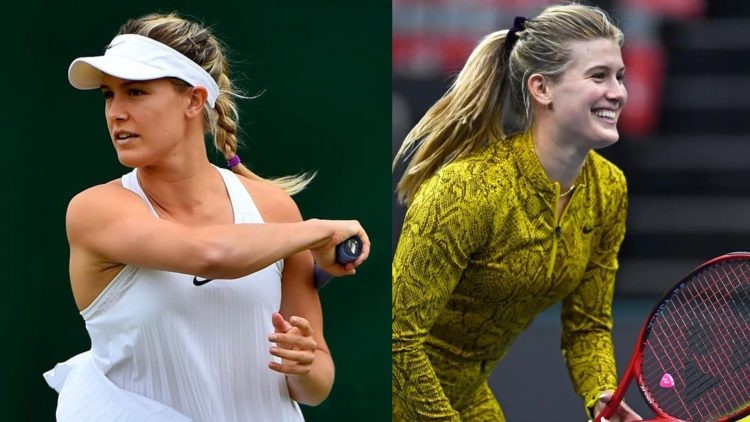 Eugenie Bouchard has decided to withdraw from the Wimbledon and it seems that the Wimbledon organiser’s decision to ban the Russian and Belarusian athletes has finally come back to haunt them.

After the organisers of Wimbledon decided to ban the Russian and the Belarusian players, the ATP and the WTA soon decided to scrap the tournament of all its ranking points which would surely make the tennis players reconsider their status of participation in the prestigious Wimbledon tournament.

The players of the tennis fraternity have more or less a split opinion with regards to the decisions taken by the ATP, WTA and the Wimbledon organisers.

However, among all this Eugenie Bouchard surely has decided to take a stance and has decided to withdraw from the tournament. Bouchard’s best Wimbledon tournament run came in 2014, wherein she missed out on winning the title after she lost out to Petra Kvitova.

Eugenie Bouchard to miss out on the Wimbledon

Nearly eight years after her glory run in the Wimbledon, Eugenie Bouchard is all set to miss out on the Wimbledon championship due to a lack of ranking points in the tournament. She announced her decision via Twitter, wherein she stated,

“Hi guys, quick update my end. I have decided to withdraw from Wimbledon due to the WTA’s decision to not award ranking points at this year’s championships.”

“Hi guys, quick update my end. I have decided to withdraw from Wimbledon due to the WTA’s decision to not award ranking points at this year’s championships.”

“I must choose wisely and use my PR entries at tournaments that will help me get back to where I want to be. I am continuing my training and rehab and plan on returning to competition later this summer.”

With her withdrawal from the upcoming Wimbledon, her focus would surely be on the final grand slam, the US Open and also the Australian Open which would be concluding in January 2023.

Eugenie Bouchard is not the only player to be skipping the event due to a lack of ranking points. Even Naomi Osaka has decided to skip the event to maintain her fitness for events that get ranking points.

Kyrie Irving Contract: Brooklyn Nets Star May Be in a Problem