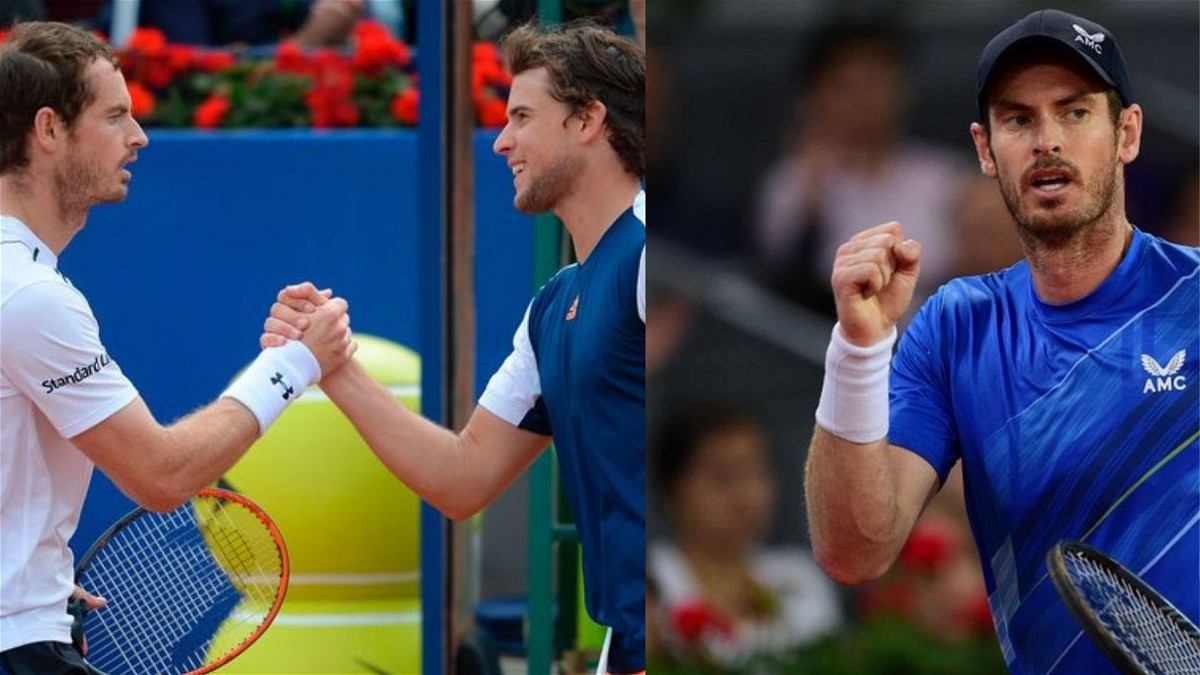 Fans have been anticipating the Madrid Open for a long time as it marks the return of the clay season. The results of the match between Andy Murray and Dominic Thiem are out and Andy Murray is the one that came out as the victor.

The last time Murray took part in the Madrid Open in 2017, he was the world number 1 in the ATP rankings. The performance that he showed in the match against Dominic shows that Murray is nowhere close to the world number 78 rank bestowed on him and in fact, he deserves a much better rank.

Andy Murray was back on the Madrid clay surface after almost two years and he looked right into the groove after winning the match by a 6-3, 6-4.

This was Murray’s first victory on a clay surface since Rolland Garros 2017 quarterfinals match against Kei Nishikori.

Andy Murray was a happy man after he won against Thiem in the Round 1 fixtures. In the post-match interview, he stated,

“I enjoyed it. I prepared really hard before coming here,”

“I worked hard and really wanted to go out and put a good performance out there. I feel like I did that. When I played a couple of years ago on the clay, I was struggling a little bit with my groin. My body felt really good in the last few weeks and tonight I felt like I moved well and I played a really good match.”

“He obviously had the injury initially and has also had some setbacks along the way. Mentally, it will take time to feel confident, totally accelerating on the ball. I had a wrist injury when I was 20 years old and it was very difficult. It took me time before I started to feel comfortable on the forehand side again.

“He uses his wrist a lot when he plays. He plays with heavy topspin. It’s obviously going to take him time, but he can still hit the ball great. He’s serving well, moving well. It’s just going to take time.”, Andy Murray said about Dominic’s wrist injury.

“Keep going. It takes time but you’ll be fine”

It is worth noting the fact that Andy was planning to skip this tournament altogether until he received a wild card invite for this Spanish ATP Masters 1000 event. Andy Murray is slated to face 14th Denis Shapovalov in the round 2 fixtures of the Madrid Open.