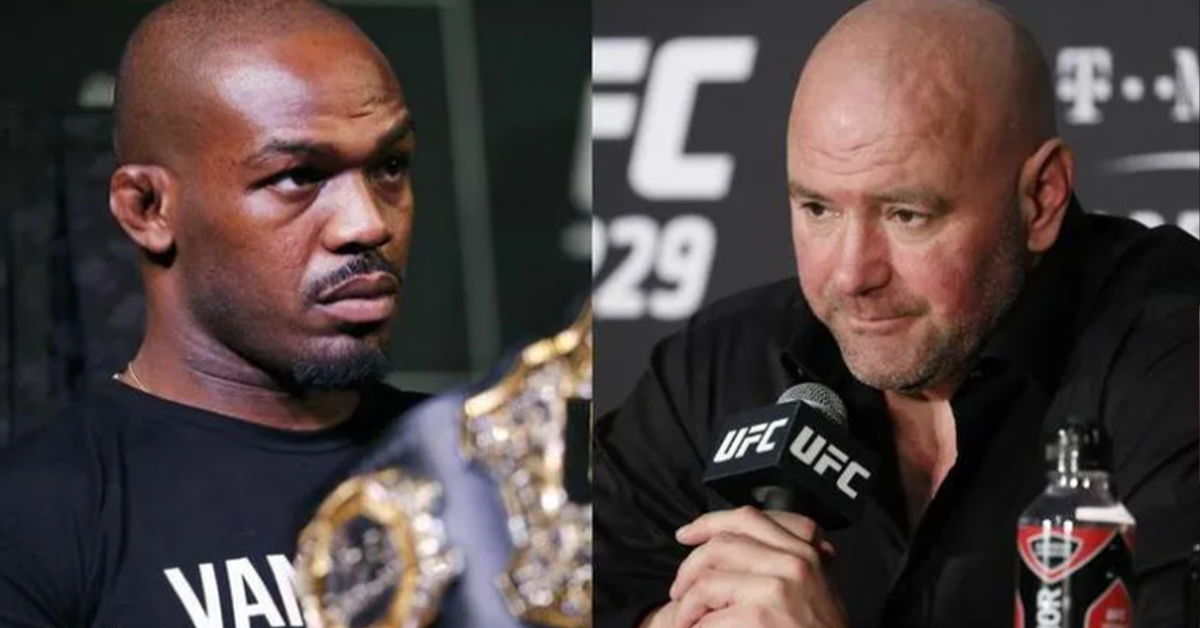 The ongoing dispute over contract between Dana White and Jon Jones, that started with Jones’ decision to compete in a super-fight against Francis Ngannou, is taking uglier turns as the day goes by. Just two days back, Jones had publicly called Dana White a “fu***ng liar,” all the while claiming that he never asked for an absurd amount of money to fight Ngannou at heavyweight division. Jones further went on to challenge White to release the text messages which were exchanged between White’s lawyer and Jones. He insisted that he will continue to defend himself, as long as Dana White will continue with his lies on this matter.

And now, when Dana White sat for the post-fight press conference for UFC Fight Night: Woodley vs Burns, it was obvious that the topic would come up. However, on a surprising note, White mentioned that he couldn’t care less about everything that is going on. Jones’ barrage of tweets which also mentioned Jones asking Dana White to release him from the contract has not bothered White, and he continues to stick by what he had said earlier. When reporters asked him, is Jon Jones was lying about the entire situation, here’s what he had to say.

“It’s for you to decide. Why would I lie? What will I gain by lying about it? He is fired up right now, he had a great talk yesterday with Hunter, my lawyer, who’s really close to Jon Jones. And I like them, they have a very god relationship, and they had a good talk yesterday but you, it is what it is. I really don’t care. I couldn’t care less, I will be honest with you.”

Soon after the statements made by Dana White in the press-conference, Jon Jones took to Twitter to show his disapproval. He once again hinted at leaving the company, and mentioned how a single boxing bout will make him more money than the next three UFC fights.

You’re talking all that big guy stuff about not caring, put your money where your mouth is and release me from that contract

Jon Jones did not remain silent about Dana Whites’ “I couldn’t care less” remark, and asked him to release him from his UFC contract. Jones’ revealed more details about the whole situation as he answered questions from the fans.

I’d probably make more in my first boxing match than my next three UFC fights combined. There’s real estate, acting, just kicking it and being a dad. No one needs to put up with Dana‘s lies https://t.co/YKYKhqfR47

Dana White had mentioned that he has texts that can prove that he is not lying, however, he doesn’t intend on releasing them to the press.

Jones’ was quick to reply to prove it by releasing those texts, however when Chael Sonnen asked Jon Jones, to release those texts himself, and upon further questioning from the fans, here’s what he said.

It could supposedly mean that Jon Jones was trying to say that there are no texts, and if there are then Dana should release them, all along. However, there is still a lot of clarity required to jump to conclusions.

You’re talking all that big guy stuff about not caring, put your money where your mouth is and release me from that contract

Jon Jones had mentioned it before, and he reiterated himself when he said that he never asked any amount from Dana White, but just expressed an interest of having a super-fight against Francis Ngannou.

At no point did I ever demand anything from you Dana, I simply asked for a Super fight and asked to be compensated for it. You are the one who started talking negotiations publicly and showing the world how much you’ve been withholding from your athletes this whole time