Colby Covington always finds a way to create headlines around him and in the process drawing more eyes towards himself. After Dana White announced Covington as the next in contention for the title, Colby seems to be going after both Usman and Masvidal. He believes neither deserves the title and doesn’t seem to care less. He is confident of beating whoever comes victorious at UFC 261. Giving that he does feel Usman will beat Jorge Masvidal.

When asked by the schmo who wins the matchup at UFC 261 Colby said-” I still feel Usman wins. Masvidal coiming in with 15 loses he shouldn’t even be here contending for the belt. It’s pathetic, he should’nt even get a title to go fight for the championship belt. It’s a complete joke.”

Next schmo asks him does Usman deserves goat status, to which his thoughts were –“To be the greatest welterweight of all time it has to go through me. You have to beat me convincingly. You can’t cheat.”

Colby reveals why he hates both Jorge Masvidal and Kamaru Usman

In his recent interview with The Schmo, Colby expresses that he doesn’t really care who is the winner of UFC 256. Calling Masvidal a “journeyman”, he feels that Masvidal is scared to fight him. He hates Kamaru because he thinks he didn’t beat him fair and square, he claims Usman needs to beat him convincingly. He feels that Usman like Masvidal is scared to fight him again. This comes after Usman is considering retiring after UFC 261. 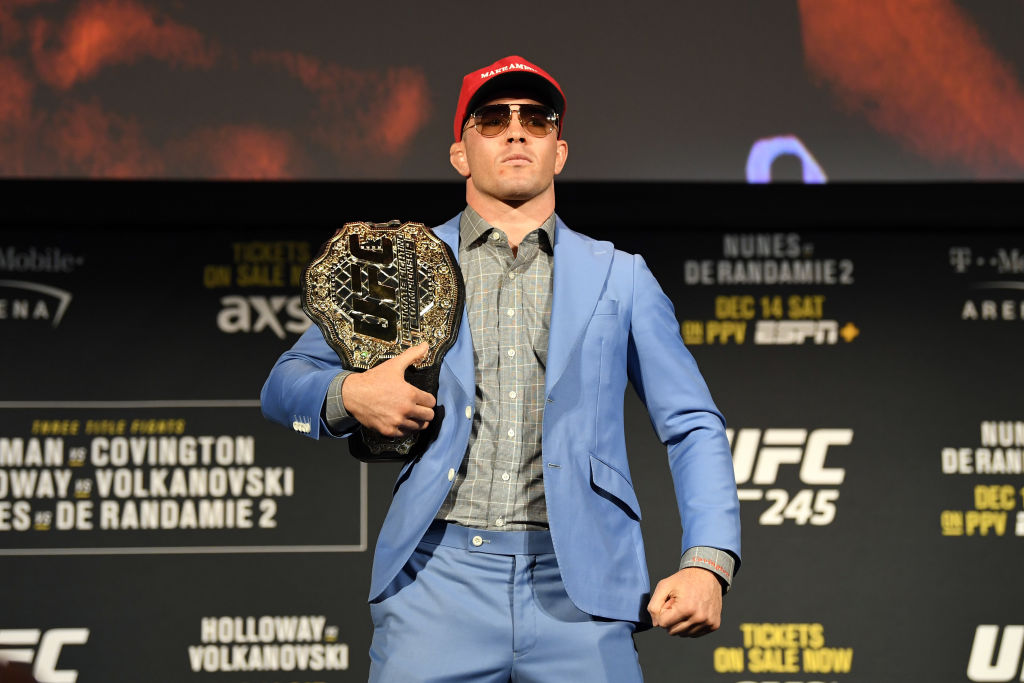 Dana white confirming the next big fight in welterweight assures that Covington faces either one of the two Masvidal or Usman with certainty. Colby has got exactly what he asked for. Whichever way it goes from here. Rest assured “Chaos” Colby is gonna make the headlines again.