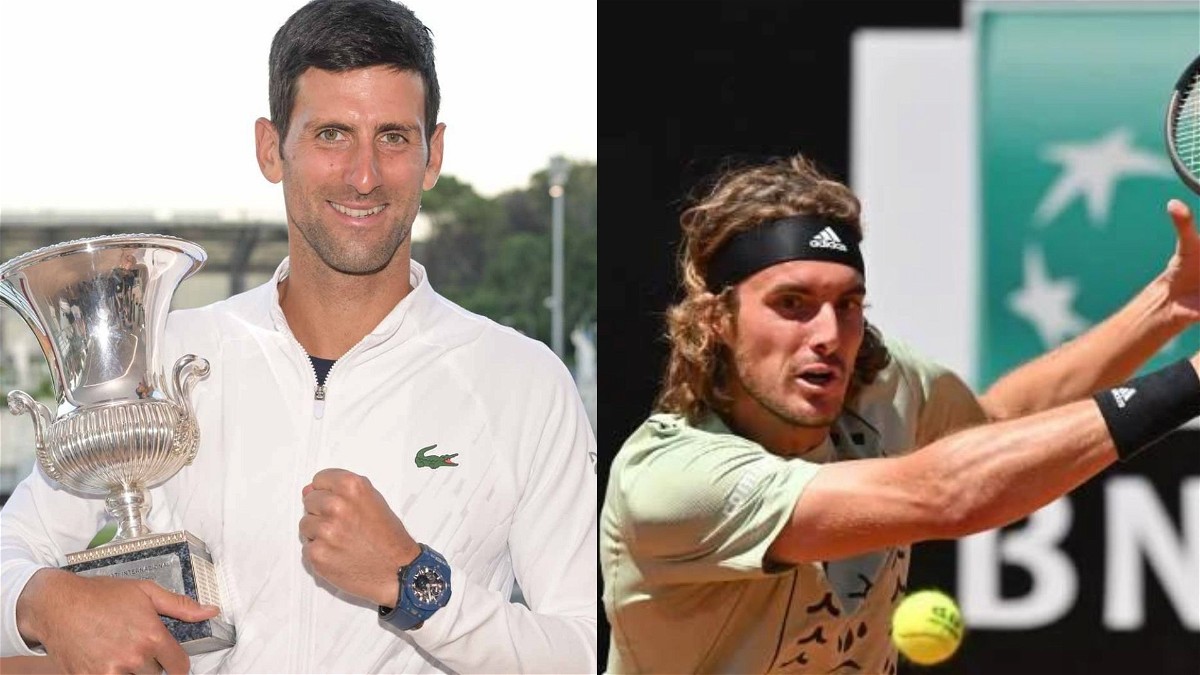 Novak Djokovic made history in Italy as he defeated Stefanos Tsitsipas via a 6-0, 7-6(5) to capture a record 38th ATP Master 1000 title.

Djokovic became the fifth man of the Open Era to earn 1000 match wins after he defeated Casper Rudd in the Semifinals and eased past Stefanos Tsitsipas in one hour and thirty-seven minutes to win his first title of the 2022 season.

The tennis court was jam-packed and the fans were excited to watch Novak Djokovic and Tsitsipas fight out on the court. The Serb tennis star easily beat Stefanos in the first set of the match.

When things got a bit difficult in the second set, Novak displayed his winning mentality and went rallying from a 2-5 to become the oldest ever winner of the Rome Open at 34 years and 11 months. He was obviously elated and in the press conference he stated,

“I pleasantly surprised myself I can say. I had a clear game plan and I knew what to expect, so I knew what I had to do, but I did play a perfect first set,”

“After that it was a little tighter. At this level, one or two points can turn a match and he was then back in the game at 4-1 up.

“The match could easily have gone to a third set but I managed to find the right shots at the right time to come back into the match.”

The Rome Open finals were Novak’s fourth straight final in a clay-court event.

With the win in the Rome Open, Novak Djokovic who is currently the top seed will be extending his record of being at No. 1 to the 370th week. This is the second consecutive time wherein Novak Djokovic beat the likes of Stefanos Tsitsipas in Rome.

He previously beat Tsitsipas in the Rome Open quarterfinals in 2021. Djokovic enjoys a comfortable lead of 7-2 in their ATP H2H stats. Stefanos has never managed to defeat Novak on a clay court.

This win in the Rome Open would surely be important for the recovering form of Novak Djokovic as he heads into the French Open which is supposed to start next week.

The win at the Rome Open would surely give Novak the confidence he needs in order to be his best in the upcoming Roland Garros.