After weeks of speculations and Dana White trying to convince Khabib Nurmagomedov to make an octagon return, MMA fans were left disappointed. UFC president, Dana White announced that Khabib Nurmagomedov is officially retired. Responding to White, Khabib even said that he has been retired since UFC 254 confirming the fact that there is no possibility of his return.

However, why does not the greatest lightweight of all-time retire when he was in his prime? In the press conference for Stipe Miocic vs Francis Ngannou 2, when White talked about Nurmagomedov’s decision to retire and the conversations he had with him in his meetings. White stated:

“I told you I was gonna hammer on him for a while and try to get him to come back and fight. We got together and we had some great talks. We talked about a lot of things.

The only way Khabib Nurmagomedov might return to UFC

Khabib Nurmagomedov is the biggest superstar in MMA after Conor McGregor. Since his win over McGregor, Khabib has achieved plenty of wealth as well. He has a legacy that will be very hard to surpass for the next generation of fighters. And that has convinced Dana White that Khabib’s decision is not going to change over time. 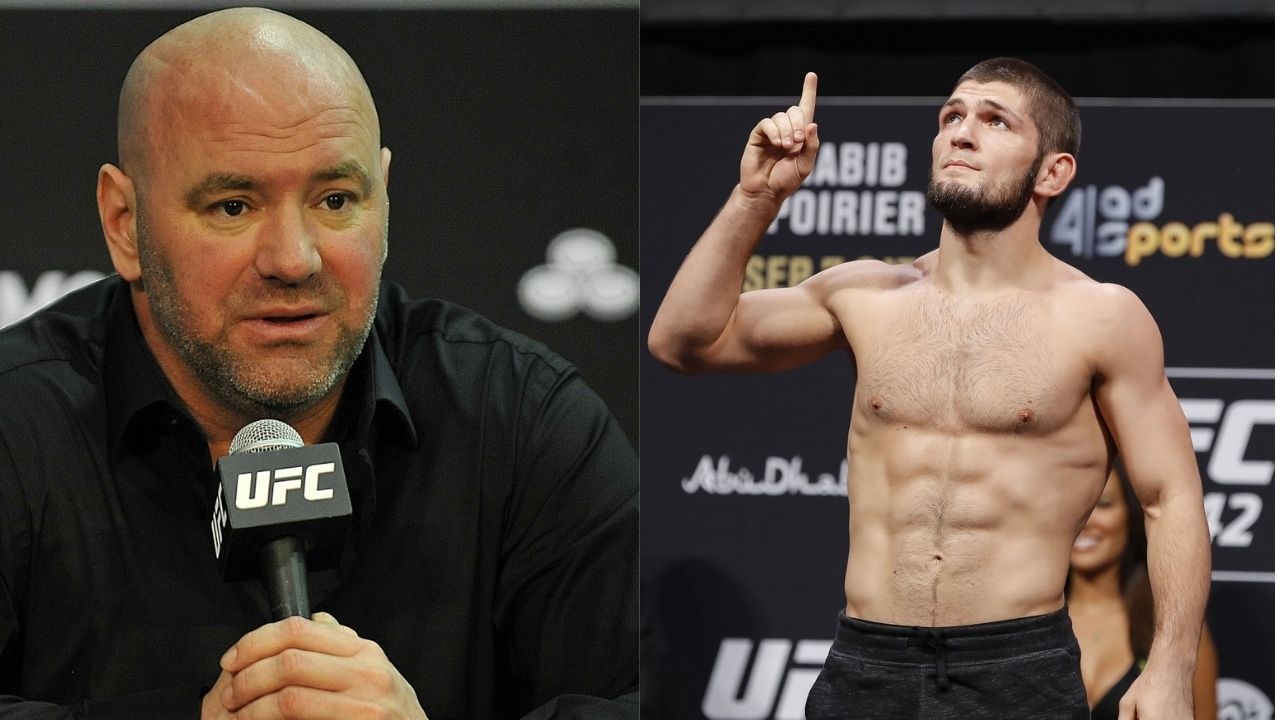 Dana White is convinced that Khabib Nurmagomedov will never grace the UFC octagon. But Khabib’s long-time teammate, Josh Thompson still believes that the Eagle will return sooner or later for one fight and that is the dream matchup against Georges St-Pierre.

Khabib vs GSP has been one of the most anticipated super fights in the last few years. However, UFC has not looked too keen to book this fight. But, even if UFC offers Khabib a fight with GSP then Khabib will need his mother’s permission to come back to the octagon as per his teammate Islam Makhachev,.